This event has been canceled due to coronavirus.

Tuesdays @ Monk Space presents the ensemble debut of MILLER || PHELPS in Public Domain, a concert of music questioning and challenging the limits of intellectual rights and ownership.

Five world premieres will be presented from composers Sarah Gibson, Ian Dicke and Hitomi Oba, alongside Miller and Phelps’ own new works. 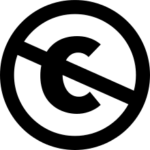