Stockhausen’s work, like the image he built of himself to the public, at once maintains both impossible distance and a certain immediacy. Kitsch, the ecstatic, megalomania, and psychedelia coalesce in works like Mixtur, Trans, or Inori; like Wagner, but from outer space. He wrote Tierkreis not long after Inori, and, unlike these three pieces, it is incredibly flexible. Its 12 movements are each musical experiences of a corresponding Zodiac sign. One reads any of these for their melody, sung line, their accompaniment, or any configuration thereof, so I decided to perform one by composing through it.

My little piece, written after my own sign, takes Stockhausen’s melody, and performs it three times per his directions. I took a cue from another of his works, Mantra, in which the mantric melody is played in con- and protracted versions of itself, and did the same. My piece uses only his rhythms and his melody line, harmonizes them, and transforms them, shifting their “positions” in a musical sky over a brief period. Not unlike the movement of the stars: nothing seems to happen, but something’s moved. 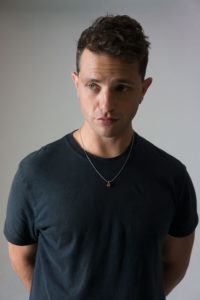