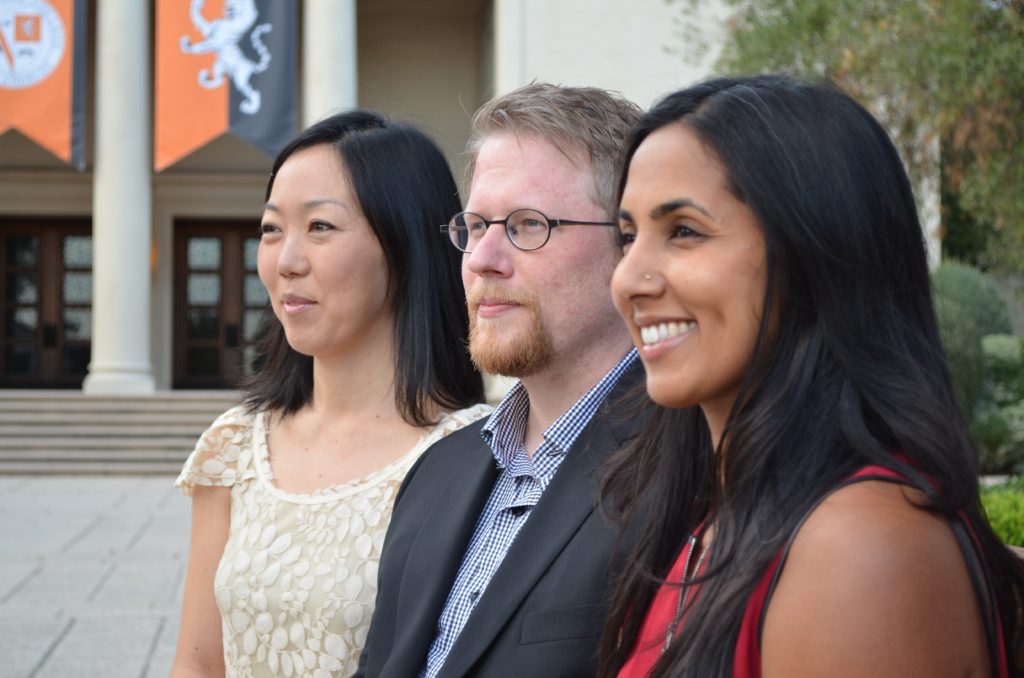 Three of Los Angeles’ premiere chamber musicians–Yuri Inoo, Aron Kallay, and Shalini Vijayan–form the Varied Trio, a fearless chamber ensemble dedicated to the music of the here and now. Explorations in color, rhythm, and melody are born from the unique combination of violin, piano, and percussion. The trio’s repertoire ranges from icons of the genre, such as Lou Harrison’s Varied Trio, to new works created specifically for the group by the leading composers of today.

The trio has performed and given masterclasses at schools such as Occidental College, CalArts, Pierce College, Harvey Mudd College, and took part is the Hear Now Festival and Tuesdays at MONK space concert series.