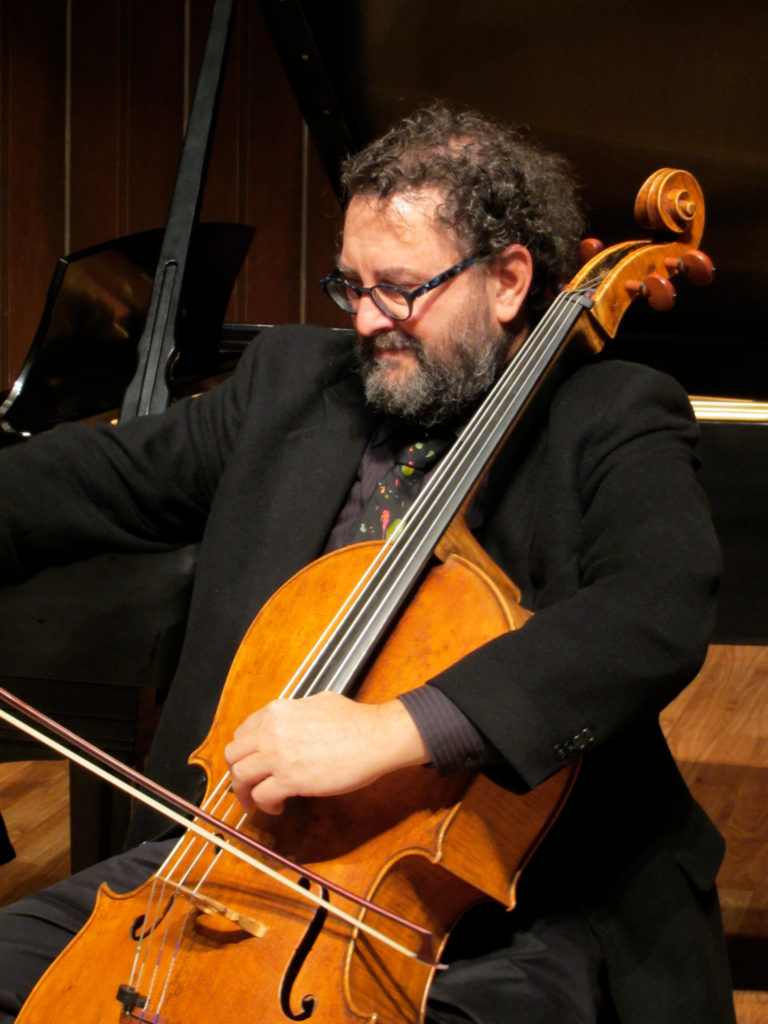 Roger Lebow’s concert life—whether solo and chamber performances, or with LA Opera—embraces repertoire from the 16th century to pieces whose ink would still be wet, if composers still used pens. A high school fling with the viola da gamba led to a lifelong love affair with early music, which he performs on both viol and Baroque cello. At the same time, thanks to his parents’ schlepping him to LA’s celebrated new music series Monday Evening Concerts as a teenager, he maintains an appetite for new music which has led him to commission, premiere, and otherwise champion numerous cello works. Before brightwork newmusic erupted he was one of the founders of the venerable LA new music collective XTET in 1986.

Lebow was also the founding cellist of the Armadillo String Quartet and the Clarion Trio in LA, and he spent several waterlogged years swaddled in Gore-Tex® in Seattle with the Philadelphia String Quartet. He has made chamber recordings on the Delos, New World, Water Lily Acoustics, Spectral Harmonies, and Albany labels.

Lebow has taught at Pomona College since 1993. For a decade the principal cellist of the late, lamented LA Mozart Orchestra, he has also appeared as soloist and chamber artist at the Oregon Bach Festival and Cabrillo Music Festival. A former mainstay of the LA studio scene, you enjoyed him on the soundtracks of hundreds of your favorite movies, and on albums by such period acts as ELO, Kim Carnes and Alanis Morissette.