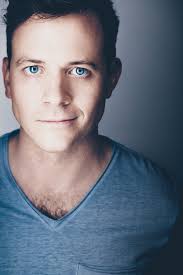 Richard Valitutto is an emphatic and dedicated performer of compositions for the piano that span the instrument’s entire existence. Described by the Los Angeles Times as a “vivid soloist,” “quietly dazzling,” and “vigorously virtuosic,” he is a pianist, chamber musician, vocal accompanist, and composing/improvising creative who is sought after for his tenacity in bringing dynamic life to scores old and new in a spirit of integrated collaboration and informed understanding.

His recorded playing was nominated for a 2012 Grammy® for Best Classical Compendium for the Bridge Records release Harry Partch: Bitter Music. He has also been featured as a soloist and ensemble member on critically acclaimed recordings for the New World, Populist, and pfMENTUM record labels. He has worked closely with a myriad of composers in performances and premieres of their works, including contemporary luminaries such as John Adams, Brian Ferneyhough, Michael Gordon, Sofia Gubaidulina, John Harbison, David Lang, Klaus Lang, Meredith Monk, Steve Reich, Wolfgang von Schweinitz, and Chinary Ung.

As a composer himself, he seeks to create works which balance tradition and experimentalism through an awareness of various artistic styles and mediums and their signifiers, often drawing from improvised material as well as from the vast repertoire he himself performs. His compositions have been performed by the Los Angeles ensembles What’s Next?, Panic Duo, Synchromy, as well as the widely praised wild Up Modern Music Collective, of which he is a regularly contributing performer and composer. He has performed as a free improviser at the International Society of Improvised Music conference as well as in various venues in Los Angeles, and his work as an ensemble improviser can be heard on the recent release from pfMENTUM Records, Saturn’s Rival.

In addition to wild Up, Richard is a founding member of the new music quartet gnarwhallaby, called “startlingly versatile” by the New York Times in their Carnegie Hall debut. gnarwhallaby is rapidly becoming one of Southern California’s premier contemporary ensembles, and their debut album, [exhibit a] (Populist Records), has garnered praises such as “remarkable precision, energy and passion along with a studied and controlled sensitivity to the music of American and European contemporary composers…a monument to tight ensemble” (Sequenza 21) and “satisfyingly musical, intelligently presented, ear twistingly enterprising” (Soundproof Room).

As an accompanist, he has been rehearsal pianist for the Los Angeles Philharmonic in their productions of Unsuk Chin’s Alice in Wonderland, Olga Neuwirth’s Hommage à Klaus Nomi, and Frank Zappa’s 200 Motels as well as numerous concert works and concerti. He was the rehearsal pianist and ensemble pianist with The Industry Opera Company in their productions of new opera premieres by Pulitzer finalist Christopher Cerrone (Invisible Cities) and Anne LeBaron (Crescent City) as well as The Industry’s First Take opera workshops. He regularly coaches and concertizes with singers in the Los Angeles area. Richard has held fellowships and given performances at Tanglewood, SongFest, Bang on a Can, The International Performing Arts Institute, New Music on the Point, Brevard, and Eastern Music Summer Festivals.