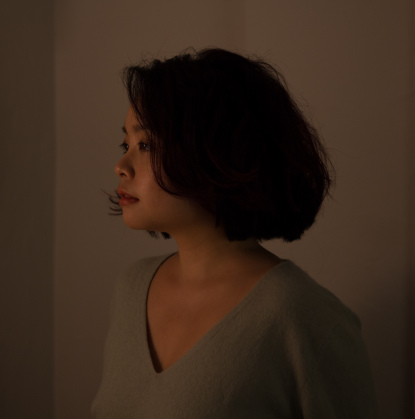 Born and raised in Taiwan and residing in the USA, composer Mu-Xuan Lin (林慕萱) defines her life as a quest for an artistic autonomy poetically engendered by both its will and its vulnerability to one’s corporeal experience and to the world one lives in. Having had extensive training in the visual arts and creative writing and frequent exposure to theatre, dance, and literature from an early age, Mu-Xuan is interested in the intrinsic kineses latent within any expressive matter which can be extracted, dissected, critiqued, and recreated in new artistic deliverances. She aims to synthesize the dialectic and the immersive in music which were too often at antithetical ends according to the modern discourse of music composition and aesthetics.

As a researcher, Mu-Xuan’s Ph.D. dissertation “On the Epistemological and the Methodological Approaches in the Analysis of Contemporary Music and a Synthesized Analysis of Fausto Romitelli’s La Sabbia del Tempo (1991) illuminates her interest in the epistemological aspects of artistic and musical creativity. She is currently working on an article – “Representation, Body Politics, Embodiment : New Discipline and the Rhetoric of Gender Studies” (working title), publication of which is forthcoming.

As a music educator, Mu-Xuan has previously taught at Brandeis University and California State University Long Beach. Currently Mu-Xuan holds a lecturer position at the Hall-Musco Conservatory of Music at Chapman University.