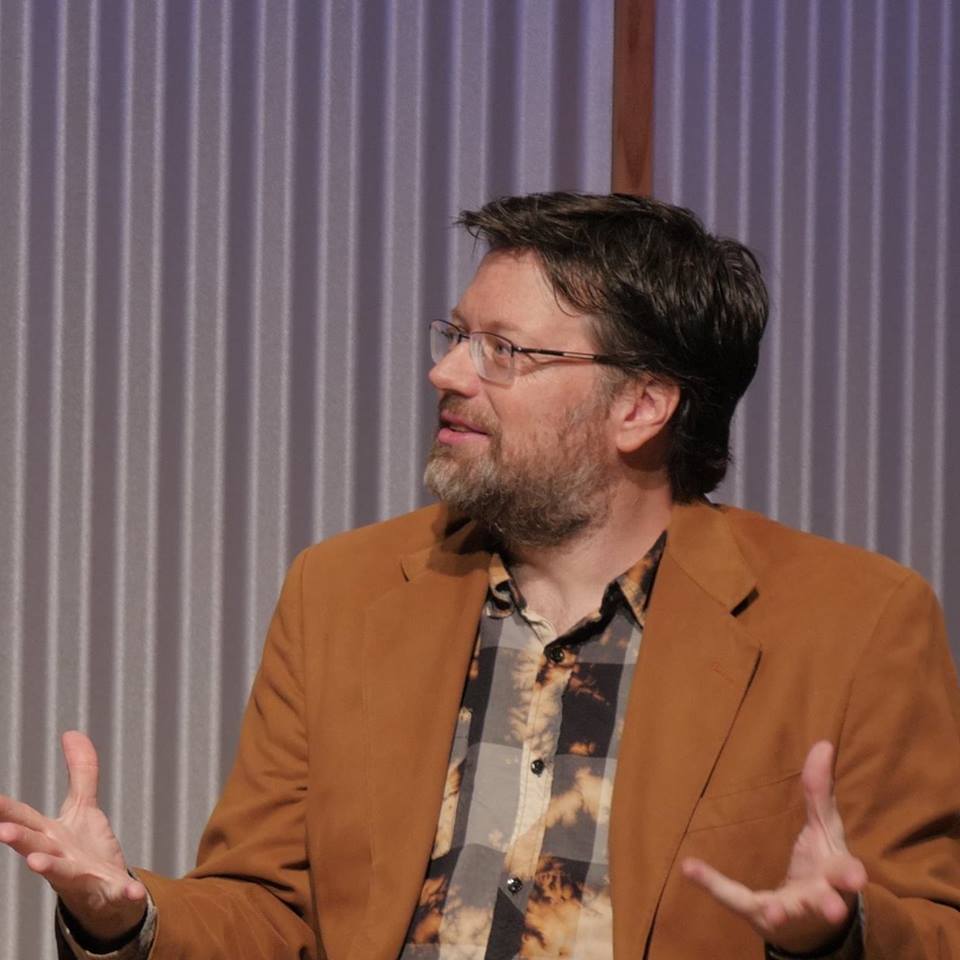 Inspired by a wide variety of unexpected places, impulses, and experiences, Los Angeles-based composer Jason Barabba processes his encounters through a personal artistic lens to create pieces that reflect his perception of the world around him. His artistry has included music based on business texts next to music inspired by television, disco music, and the writings of authors like Terry Pratchett and Edgar Allan Poe. Barabba approaches and meets each new work on its own terms and enjoys the challenge of creating music which captures his own, sometimes-idiosyncratic, perspective of the stuff in life that engages his curiosity and interest.

His music is sought out by performers across the country. Collaborations have included performances by Wild Rumpus, The AdZel Duo, HOCKET, The California E.A.R. Unit, Ensemble Green, clarinetist Richard Stoltzman, The Krechkovsky-Loucks Duo, pianist Susan Svrcek, The Arneis Quartet, What’s Next?, and The Verismo Trio. He is a frequent speaker and guest lecturer at colleges and universities, and has presented talks on composition and new music at The University of Kansas, Chapman University, and The California State University at Bakersfield. As composer-in-residence or guest composer, he has enjoyed participating in festivals including the Cortona Sessions for New Music, the Oh My Ears! Marathon concert in Phoenix, the University of Wyoming’s New Frontiers Festival, Los Angeles’ Hear Now Festival and the Vanguard Miami New Music Festival.

Mr. Barabba’s insatiable reading habit and love of literature is a frequent starting point for his music. Works by a diverse range of authors including Ursula K. Le Guin, Tao Lin, Herman Melville, Christopher Durang, David Bartone, and Terry Pratchett have all inspired his compositional process. Fellow composer Bernard Gilmore called Barabba’s opera ,`dentity Crisis, (based on the play by Christopher Durang) an “astounding work of the highest artistry”. Le Guin has said of Barabba’s work, “Some composers use words as raw material. Like Schubert or Vaughan-Williams, he collaborates with them…the texture of the music and the tension in it are wonderfully effective; it’s spare and airy, but strong.”

He is also the Executive Director of Synchromy, a composer-run collaborative advancing a robust New-Music community in Los Angeles through innovative concerts and events. Through this work as a music administrator, Barabba has a chance to work on programs of music that is often unheard elsewhere in Southern California in addition to supporting the home-grown efforts of Angeleno composers. The Crescenta Valley Weekly has called Synchromy “one of the most exciting new music projects in the Los Angeles area today.”

Several of his works are available on commercial recordings on a variety of labels, including Yarlung Records, MMC Recordings and Navona Records labels.