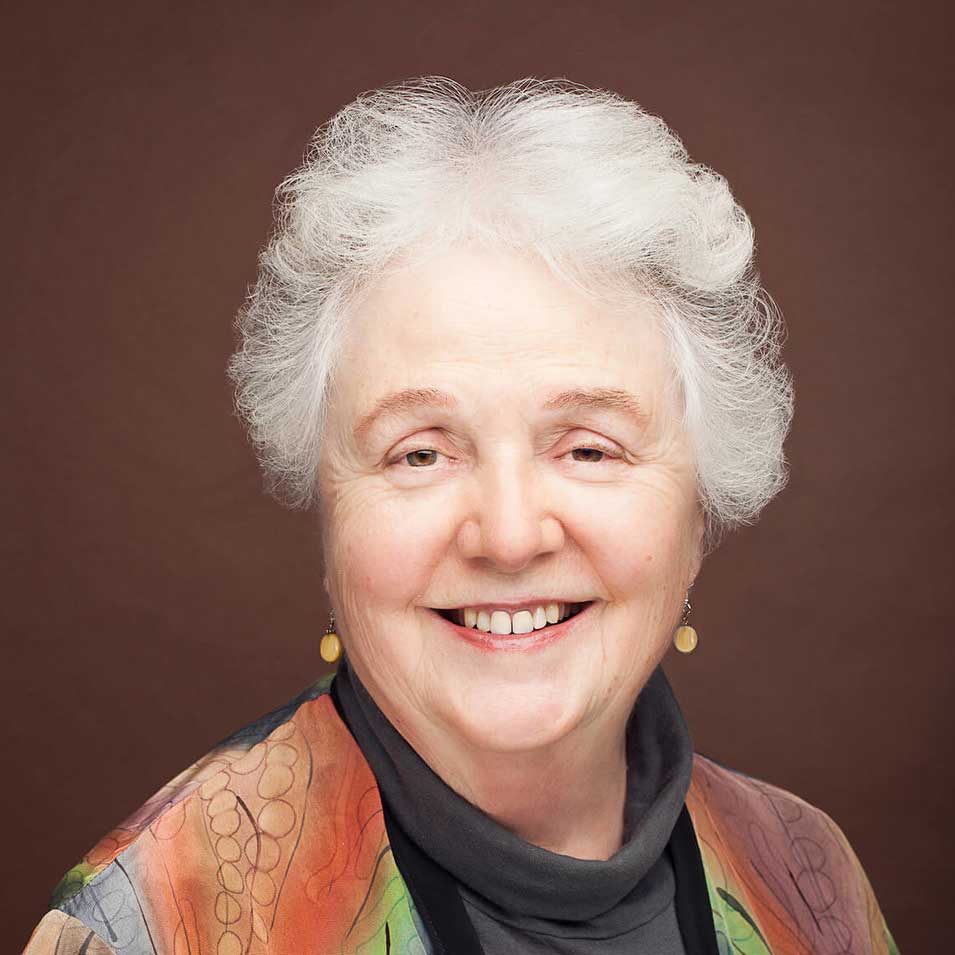 Composer Elinor Armer comes from a family of writers, artists, and inventors. Born in Oakland in 1939, raised in Davis, and educated in the San Francisco Bay Area, she has spent her life on the West Coast and closely identifies with Northern California. Early influences on her style include radio sound effects, 40s jazz, classical 78s, and piano/ear-training lessons starting at age 8. Armer earned a BA at Mills College, studying composition with Darius Milhaud and piano with Alexander Libermann, and an MA in composition from San Francisco State University, working with Roger Nixon.

Widely performed throughout the U.S. and abroad, Armer’s music reflects her persona in its high-hearted originality. It includes solo, chamber, orchestral, vocal and choral works, and is marked by harmonic beauty, strong narrative line, rhythmic energy, sensitivity to language, emotional expressiveness, and humor.

As a music educator Armer is legendary. For all of her adult life she has taught piano, theory, composition, and music history at every level, in schools and at her home studio in Berkeley. For decades she has been affiliated with the San Francisco Conservatory of Music, where in 1985 she established the Composition Department which today enjoys a world-class reputation. Armer continues to teach composing at the Conservatory, which has recently endowed the Elinor Armer Scholarship in Composition, offered for the first time this year.

To celebrate her 75th birthday, Armer produced a nine-concert Diamond Jubilee season in 2014-15, kicked off by a Festschrift of works by former students, plus a new Armer love-song to the Conservatory, ‘I Left My Heart’ (sub-titled ‘Rube Goldberg Variations’), under the direction of Nicole Paiement. Also premiered during this season: ‘Romantic Duo’, written for violist Don Ehrlich and pianist Lois Brandwynne; Will You, Won’t You?, a six-song cycle composed for mezzo-soprano Mariya Kaganskaya; Leonardo’s Riddle for the San Francisco Conservatory Baroque Ensemble, with Adam Cockerham, archlute soloist, under the direction of Corey Jamason. Other performances included three one-woman shows in various Bay Area venues, Call of the West with Dawn Harms conducting the Bay Area Rainbow Symphony, and Armer narrating “The Great Instrument of the Geggerets” (From Uses of Music in Uttermost Parts, created in collaboration with Ursula Le Guin) performed by Symphony Parnassus under the baton of Stephen Paulson.

Armer’s Sacred Forest (a Le Guin-inspired fantasy) was premiered in 2016, with repeat performances, by the Left Coast Chamber Ensemble, featuring Tom Nugent on English Horn.
A recording of Child on the Shore, one of the songs from ‘Lockerbones/Airbones’, was included in the June 13, 2018 tribute honoring Ursula Le Guin, who died on January 22, 2018. The tribute was live-streamed and is available at literary-arts-tribute.org.