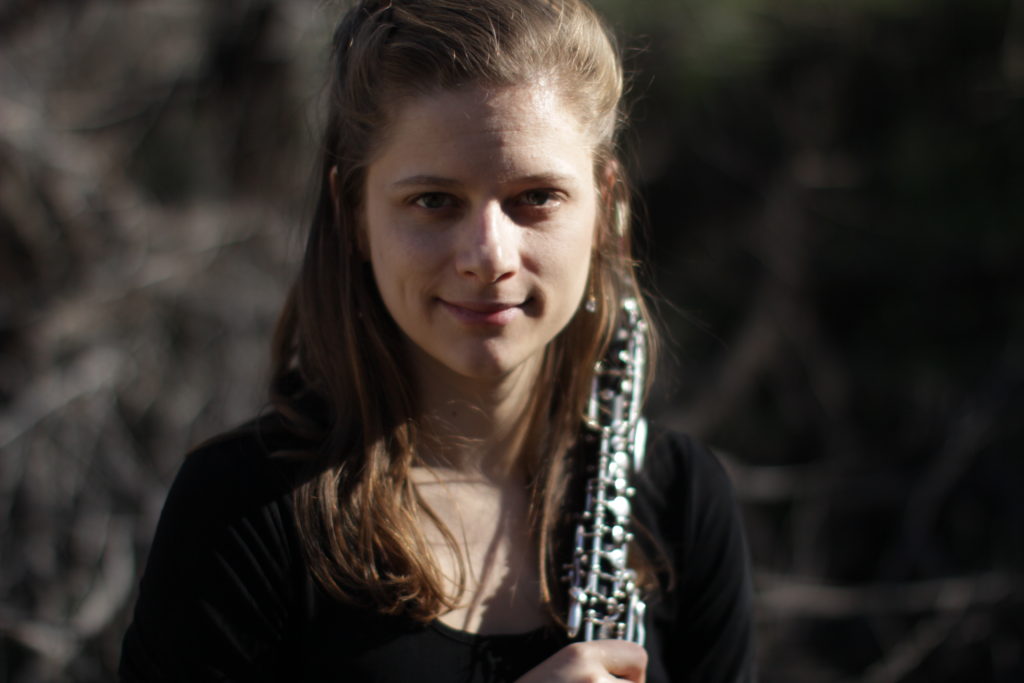 Claire Chenette, who hails from Iowa via Los Angeles, has been principal oboe with the Knoxville Symphony Orchestra since 2014. She also enjoys an active freelance career in Southern California, performing as a member of wildUp modern music collective, playing with her folk band Three Thirds, recording at Capitol Records and Warner Brothers, and appearing with the San Diego, Pacific, Long Beach and New West Symphonies and the Santa Barbara and Los Angeles Chamber Orchestras, among others. An advocate for new music, Claire has been featured on the Los Angeles Philharmonic’s Green Umbrella Series, at the New York Philharmonic’s Biennial Festival, the Ojai Festival, on innovative concert series including Monday Evening Concerts, Jacaranda, and WasteLAnd, and at such venerable institutions as Carnegie Hall, the Metropolitan Museum, Disney Hall, and Salle Pleyel Paris. Claire has devoted herself to performing contemporary solo repertoire, including many memorized performances of Berio’s iconic Sequenza VII/Chemins IV, and to commissioning adventuresome new works for the oboe. She has had the honor of spending four summers at the Lucerne Music Festival in Switzerland under the direction of Pierre Boulez, Simon Rattle, and Heinz Holliger, and has been in residence at the Spoleto, Bang on a Can, and Aspen summer festivals. Claire holds a BA in religion with a focus on Islamic mysticism from Oberlin College, a BM in oboe performance from Oberlin Conservatory, and an MFA in music performance from California Institute of the Arts. She held the English Horn position with the Debut Orchestra for two years and the principal oboe position with the American Youth Symphony for three years. When she’s not making reeds or practicing, Claire loves improvising, folk music, foreign languages, camping, Bach, books, bicycles, dancing, and making things like pottery, home-brewed beer, and delicious meals.