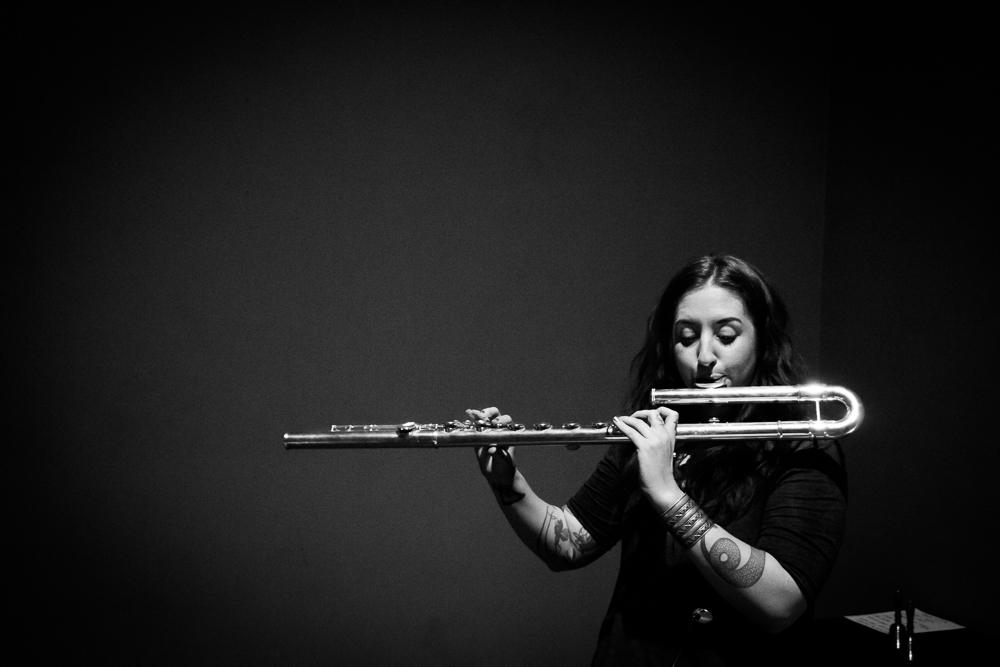 Christine Tavolacci is a Los Angeles based flutist and educator specializing in contemporary and experimental music, yet equally well versed and passionate about traditional repertoire. She has traveled across the United States and Europe to study and perform and has had the pleasure of working in closely with many celebrated 20th and 21st century composers. Christine is active as a soloist, improviser, curator and chamber musician both in California and internationally. She is CEO, co-founder and co-­director of the acclaimed experimental music ensemble Southland Ensemble, member and board member of the Dog Star Orchestra annual festival of experimental music, and featured flutist and composer in the 2015, 2016, 2017 & 2018 Listen/Space Commissions. She is a frequent performer in the Monday Evening Concerts contemporary music series in Los Angeles, and has also performed with The Industry, Ojai Festival, LA Phil Noon to Midnight, the Vinny Golia Large Ensemble, and Microfest. She is also the principal flutist in the avant jazz large ensemble Gurrisonic, who was featured at the 2016 Angel City Jazz Festival. Her playing has been released on Orenda Records, Slub Music(Japan) and Tzadik.

A passionate educator, Christine has been a guest lecturer at UCLA, University of Redlands and CalArts, an associate instructor at UC San Diego, and has taught several workshops on contemporary music to middle and high school and college age students. Christine holds a BFA from California Institute of the Arts, a Diplôme de Specialisation with mention très bien from the Conservatoire National de Region Strasbourg in Strasbourg, France, and a Doctorate of Musical Arts in Contemporary Flute Performance from UC San Diego.