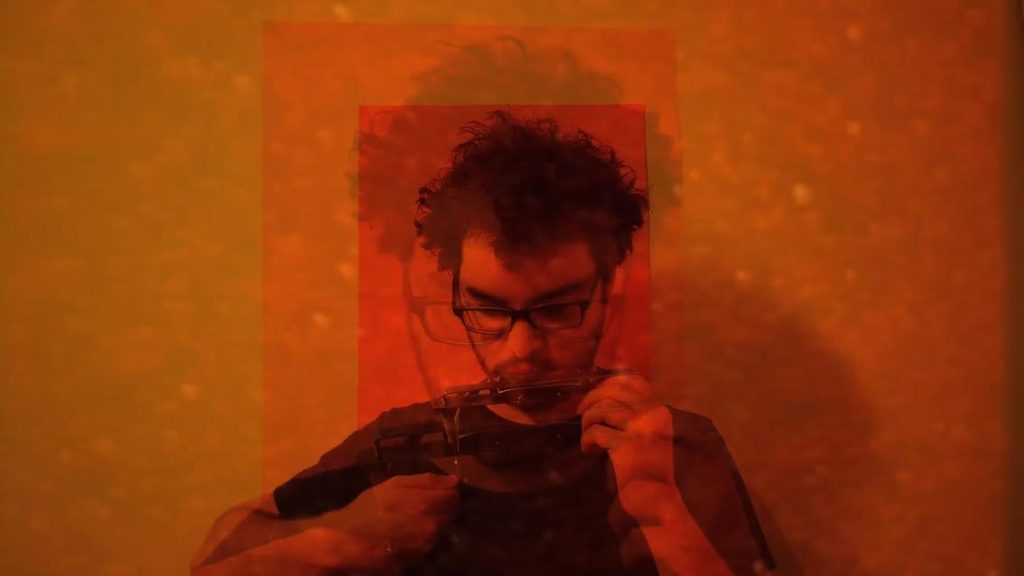 (b. 1988) is a composer and guitarist currently living in San Diego, California. His work is characterized by a pluralistic approach to tuning and harmony, exploring the intersections between spectral approaches, just-intonation, and other temperaments. Thesetones are cast in immersive forms, and projected by acoustic instruments and simple waveforms. The music attempts to engage a reflexive mode of listening, wherein one takes notice of their own perceptual faculties, and begins to perceive themselves listening. He has collaborated with a variety of ensembles and musicians, including Alarm Will Sound, Bearthoven, Bozzini Quartet, Ensemble Modelo62, Ensemble SurPlus, Minnesota Orchestra, Trio SurPlus, Will Lang, Yarn/Wire, and his exceptional colleagues at UCSD. These works have been presented at Copland House, Gaudeamus Muziekweek, Musiikin Aika, Schloss Solitude, and Ultima Festival. His music has been recorded and released on Cantaloupe Music and Galtta Media. In 2016, he was awarded the Gaudeamus Prize. The jury noted, “Anthony Vine creates a solid, mature, beautifully crafted fragile sound world. He knows how to blur the identity of the different sources of sounds including the use of electronics in a very singular way.” Other awards and honors include the 2015 Jerome Fund Commissioning Award, 2015 Salvatore Martirano Memorial Composition Award (2nd place), and NPR/Q2 Radio Top Composers under 40 (2011). Vine is currently pursuing a Ph.D. in music composition at the University of California, San Diego.