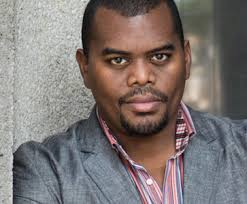 Hailed by the Huffington Post as “the ultimate in tonal purity” and praised by the L.A. Times for his “effortless phrasing”, Anthony Parnther is a multi-instrumentalist who is equally committed to classical tradition as he is to the avant-garde. In addition to his busy schedule on the bassoon and contrabassoon, Anthony performs on period instruments from the renaissance, baroque and classical era as well as specializing on some not-so-common woodwind instruments like the sarrusophone and the Heckelphone. It is not uncommon to see Anthony wielding a baritone saxophone, a contrabass clarinet, or any array of gigantic woodwind instruments at a Hollywood scoring session.

Anthony’s bassoon can be heard prominently on Netflix’s The Kominsky Method (music composed by Jeff Cardoni) and Spike Lee’s the Black KKKlansman. Some of his favorite recent scores he’s performed on include Star Wars : Rogue One, The Good Dinosaur, Lego Movie 2, Goosebumps, Moana, Ferdinand, The Storks, X Men: Apocalypse, The Conjuring 1 and 2, The Orville, Star Trek Beyond, The Nun, Ghostbusters, Once Upon a Time, Agents of S.H.I.E.L.D, She’s Gotta Have It, Luke Cage, League of Legends, Spiderman, Planet of the Apes, and Lady Bird.

He began bassoon lessons with a post office worker named Julia Miller and went on to train with Robert Barris, Willard Elliot and Burl Lane. In addition, he studied repertoire and doubling with Tristan Willems and baroque bassoon and performance practice with Charles Koster.