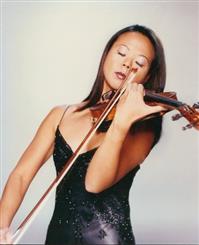 Violinist Alyssa Park established an enviable international reputation at age sixteen for being the youngest prizewinner in the history of the Tchaikovsky International Competition. Ms. Park has made numerous recital and orchestral appearances since her professional debut at age eleven with the Cincinnati Chamber Orchestra.