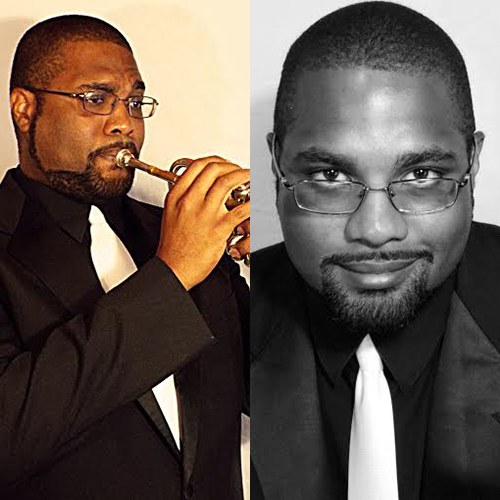 Aaron Smith is a classically trained musician & trumpet player based in Los Angeles, CA. His early roots are in southern Georgia where his traveling musically inclined military [Army] family settled. He continued the traveling musical path, playing trumpet around the world while also contributing work with pieces written for brass quintet, concert band, and various configurations.

For the International Trumpet Guild, Smith has appeared as a guest Solo Artist and more recently as a member of the Hollywood Epic Brass. He enjoys outreach work, teaching privately, composing & arranging. Smith holds a Master of Fine Arts degree from the California Institute of the Arts & Bachelor of Music degree from the Eastman School of Music with the tutelage of James Thompson. He is also a graduate of the Interlochen Arts Academy.