George Crumb’s “Vox balaenae for three masked players” (Voice of the Whale) is scored for electric flute, electric piano, and electric cello and four antique cymbals (crotales). Inspired by the singing of the humpbacked whale, the performance requires that each of the three players wear a black half-mask (vizor-mask). “The masks, by effacing a sense of human projection, will symbolize the powerful impersonal forces of nature (nature dehumanized)” (Crumb). The stage is lit in a deep blue color.

The various sections of the work are played without pause: The “Vocalise (… for the beginning of time)” features the electric flute with the performer simultaneously playing and singing parallel lines into the flute, and then singing one sustained note into the flute while fingering fast arpeggios. The “Variations on Sea-Time … Sea Theme”, “Archeozoic (Var. I)” and “Proterozoic (Var. II)” are built from cello harmonics with string glissandos and silently depressed clusters on the keys of the electric piano. “Paleozoic (Var. III)” is built from flute harmonics and cycles on cello and piano. “Mesozoic (Var. IV)” has cello and flute melodies in unison underscored with punctuated patterns on the piano. “Cenozoic (Var. V)” is played “Dramatic, with a sense of imminent destiny” is constructed from piano tremolos and accents, cello trills with simultaneous glissando shifting, and extremely fast triplet patterns on the flute. The concluding “Sea-Nocturne (…for the end of time)” builds an underwater atmosphere texture which gradually fragments.

Other works which are based on whale song include Alan Hovhaness’s “And God Created Great Whales” (1970) for orchestra and recorded whale voices, and John Cage’s “Litany For The Whale” (1980) for voices. Hovhaness’s work imitates the recorded sounds with low basses and creates a rich orchestral ocean atmosphere, and Cage’s piece breaks up the word “whale” into its phonemes and extends those sounds, in contrast to Crumb’s approach which acoustically imitates aspects of whale sounds and like most of his pieces relates them to a poetic viewpoint. 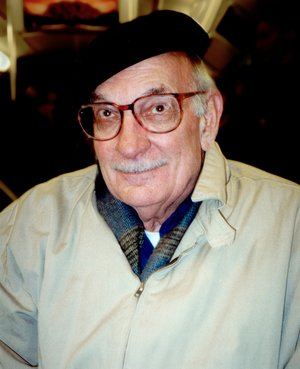 George Crumb (b. 1929) is one of the most frequently performed composers in today’s musical world. Crumb is the winner of Grammy and Pulitzer Prizes, and continues to compose new…