This musical ‘tombstone’ marks the passing of the divine Mr. Harrison in a manner reminiscent of the lute or harpsichord tombeaux of the French Baroque, and was written specifically for the refretted National Steel Guitar, an instrument of his own invention.

The initial keening of the Plaint is followed by the repetitions of a descending Passacaglia (with nods to both Purcell & Harrison’s teacher Schoenberg), which itself begins to descend as the movement progresses. The grieving gradually subsides with the Valse Triste, whose bittersweet harmonies remind us that the dance of life continues in spite of loss, while the spritely Jahla varies a theme from Harrison’s lovely Music Primer and is resplendent with the energetic inertia of Harrison’s final decades, only to be cut short, mid-leap, as was the composer’s life. The final measures are in keeping with the onomatopoetic images of several 17th century predecessors that represented, for example, a soul’s upward journey towards heaven with a final ascending scale, or the infamous descending scale which—rather than condemn the deceased to eternal damnation—simply described one composer’s ultimate corporeal demise that was caused by the artist unintentionally descending a staircase, headfirst.

Tombo por Lou was written on the chilly Northern Coast of California with the title to Guy Madden’s 2003 film The Saddest Music in the World constantly in my thoughts. The title is in Esperanto, one of Harrison’s many passions. — J.S. 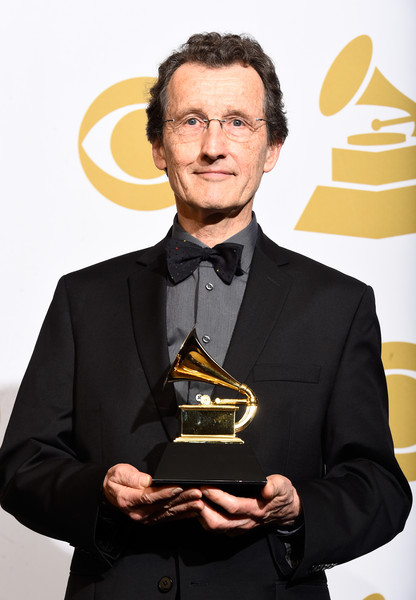 Called “A delight” by the New York Times and a “Microtonalist maven” by the Wall Street Journal, JOHN SCHNEIDER is the Grammy winning guitarist, composer,author, and broadcaster whose programs have…