Written as part of the ‘Voix nouvelles’ programme at Fondation Royaumont, Limun is dedicated to Barbara Maurer and Melise Mellinger of ensemble recherche who gave the first performance and have since performed it around Europe.

Programm note:
This is a music made of friction. Often it is quietly expressed. Like skaters in a concrete bowl, the bows of violin and viola glide across their strings, creating hushed, airy harmonics. At other times sharp stops and grinding turns cut into those sweeps and curves with sudden changes of dynamic or timbre. Like many of Iannotta’s works, Limun is in two halves, the second a resolution or response that carries as much weight as the first. Through differing bow positions and finger pressures the first half articulates a musical space that is forever turning in on itself. The second, in which the two page turners subtly join the ensemble, pulls those curves into lines and brings the conflicting physical forces to rest.

Limun simply means lemon, a tree notable for its ability to be in fruit and flower at the same time. Yet Iannotta cautions against interpreting her piece too literally: ‘it simply reflects the period in my life when the piece was written’. Limun was written as part of the ‘Voix Nouvelles’ programme of the Fondation Royaumont.
©Tim Rutherford-Johnson, 2018 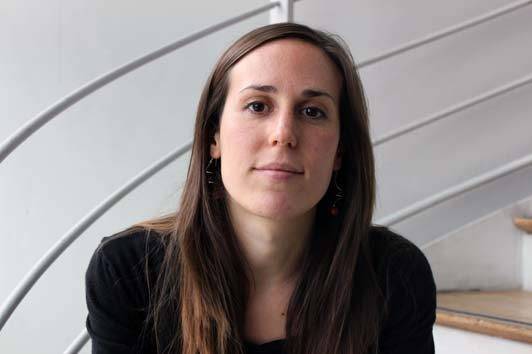 Born in Rome in 1983, Clara Iannotta has studied at the Conservatories of Milan and Paris, at IRCAM, and at Harvard University with Alessandro Solbiati, Frédéric Durieux, and Chaya Czernowin.…