There are two identical sextets in Double Sextet. Each one is comprised of flute, clarinet, vibraphone, piano, violin and cello. Doubling the instrumentation was done so that, as in so many of my earlier works, two identical instruments could interlock to produce one overall pattern. For example, in this piece you will hear the pianos and vibes interlocking in a highly rhythmic way to drive the rest of the ensemble.

The piece can be played in two ways; either with 12 musicians, or with six playing against a recording of themselves.

The idea of a single player playing against a recording of themselves goes all the way back to Violin Phase of 1967 and extends though Vermont Counterpoint (1982), New York Counterpoint (1985), Electric Counterpoint (1987) and Cello Counterpoint (2003). The expansion of this idea to an entire chamber ensemble playing against pre-recordings of themselves begins with Different Trains (1988) and continues with Triple Quartet (1999) and now to Double Sextet. By doubling an entire chamber ensemble one creates the possibility for multiple simultaneous contrapuntal webs of identical instruments. In Different Trains and Triple Quartet all instruments are strings to produce one large string fabric. In Double Sextet there is more timbral variety through the interlocking of six different pairs of percussion, string and wind instruments.

The piece is in three movements fast, slow, fast and within each movement there are four harmonic sections built around the keys of D, F, Ab and B or their relative minor keys b,d,f and g#. As in almost all my music, modulations from one key to the next are sudden, clearly setting off each new section.

Double Sextet is about 22 minutes long and was completed in October 2007. It was commissioned by eighth blackbird and received its world premiere by that group at the University of Richmond in Virginia on March 26, 2008. 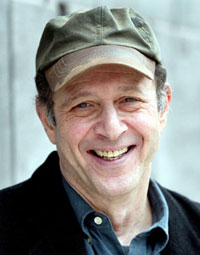