he Bassoon Sonata, while hardly a popular work, has attracted a fair amount of attention on the concert stage and in the recording studio. Cast in two movements, with the second containing three inner movements, the sonata is short, lasting not quite ten minutes. The opening panel is lively and features a typical Hindemithian theme: It has a quaintly jovial manner as first presented on the bassoon, but takes on a somewhat heroic, more serious character as this brief panel proceeds. The second movement presents a lovely lyrical theme on the bassoon against dreamy accompaniment on the piano. Suddenly, the music changes moods, launching into the next section — the longest in the work — a lively, playful march of great color. The pastoral closing section begins with a relatively lengthy piano solo of serene character. The bassoon finally enters, taking up the piano’s theme and this attractive work soon ends in a pensive mood. 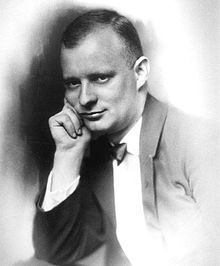