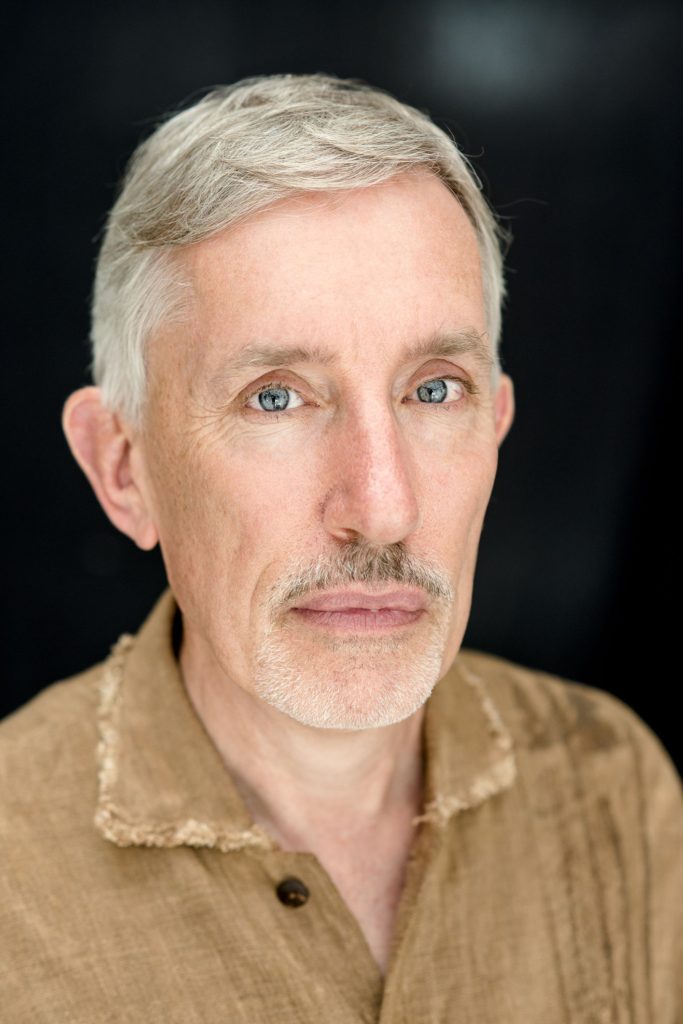 Stephen Whittington (b.1953) is a composer, pianist, writer and music critic. Born in Adelaide, he studied at the Elder Conservatorium of Music, and has performed and lectured in Asia, Europe and the Americas. He is head of Sonic Arts at the Elder Conservatorium of Music and teaches composition, music theory and sonic arts. As a pianist he enjoys an international reputation as an interpreter of the music of John Cage, Morton Feldman, Erik Satie and many contemporary composers. His interest in the relationship between music and other art forms has led to the creation of a series of multimedia performances, beginning with the Last Meeting of the Satie Society at the Adelaide Festival in March 2000. This was followed in 2003 by Mad Dogs and Surrealists, incorporating music, poetry and film, and in 2006 Interior Voice: Music and Rodin. In June 2006 he appeared at the Sydney Opera House with Ensemble Offspring for the Sydney International Film Festival, presenting a program of live music for four classic silent movies. In 2007 The Wire (London) listed his performance of Triadic Memories by Morton Feldman as one of 60 Performances That Shook the World over the last 40 years. He performed the music of Morton Feldman and John Cage in China in 2008. He has presented performances at the 2009 and 2011 Adelaide International Film Festivals, at the Vienna International Dance Festival in 2009 and at the Printemps Musical d’Annecy (France) in 2010.

His string quartet …from a thatched hut, commissioned by and dedicated to furniture designer Khai Liew, was premiered in August 2010. A 4-CD set Journey to the Surface of the Earth with Domenico di Clario (piano) and Stephen Whittington (piano, prepared piano, toy piano, gong) was released in September 2010. Music for Airport Furniture, for string quartet, was premiered in September 2011 and was released on CD by Cold Blue Records in 2013, to widespread critical acclaim. In September 2012 he directed John Cage Day, a 10-hour long performance which included his own performance of ASLSP (As SLow aS Possible) on the Elder Hall organ, lasting 8 hours, and a Musicircus incorporating many works by John Cage, including Concert for Piano and Orchestra. With the assistance of a grant from the Bank of Tokyo-Mitsubishi, he spent May-July 2012 in Kyoto, Japan, studying the relationship between Japanese garden design and music. In December 2012 he appeared as pianist and composer at the Turbulences sonores festival in Montpellier, France.

His string quartet Windmill has been frequently performed and has been described as ‘the classic work of Australian musical minimalism.’ Stephen toured China with the Australian String Quartet in 2014, where Windmill was played multiple times, including concerts at Shanghai Conservatory, Central Conservatory (Beijing), Beijing Foreign Studies University, and Shenyang Conservatory. Stephen’s string quartet Music for Airport Furniture was released by the Cold Blue label (Los Angeles) in 2013, and received widespread critical acclaim. Other recent works include Fake Gallants (2015) for Baroque ensemble, Autumn Thoughts (秋思) for piano (2015) – premiered by the composer at a recital in Beijing in November 2015- A la maniere de M.R. for piano trio (2016), and Fragments for P.B. for chamber ensemble and electronics. He is known for his great interest in Chinese culture; a recording of his string quartet, …from a thatched hut, based on poetry of Li Bai (Li Bai (Chinese characters).svg ) and Du Fu (Du Fu (Chinese characters).svg ), will be released in August.

Stephen has also worked with computer-controlled sound and video installations, including Hallett Cove – One Million Years, a project commissioned by the City of Marion for the Hallett Cove Community Centre (2015). The project uses continuously evolving video footage (shot with high-speed camera) and sound controlled by uniquely designed software, exploring the unique geological landscape of the local environment.