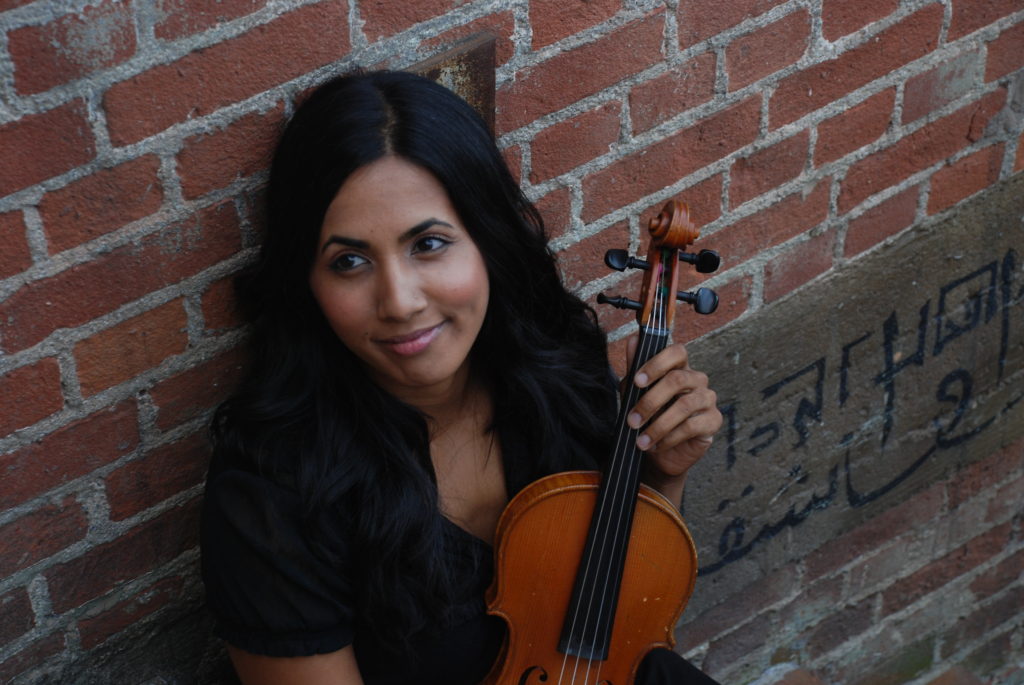 Violinist Shalini Vijayan, deemed “a vibrant violinist” by Mark Swed of the Los Angeles Times, is an established performer and collaborator on both coasts. Always an advocate for modern music, Ms. Vijayan was a founding member and Principal Second Violin of Kristjan Jarvi’s Absolute Ensemble, having recorded several albums with them including 2001 Grammy nominee, Absolution. As a part of Absolute, she has performed throughout the United States and Europe, most notably in London’s Barbican Hall and the Concertgebouw in Amsterdam.

A member of the New World Symphony in Miami Beach, Florida from 1998-2001, Ms. Vijayan served as concertmaster for Michael Tilson Thomas, John Adams, Reinbert de Leeuw and Oliver Knussen. She was also concertmaster for the world premiere performances and recording of Steven Mackey’s Tuck and Roll for RCA records in 2000.

In Los Angeles, Ms. Vijayan is a member of the Lyris Quartet, resident ensemble of the famed Jacaranda Series in Santa Monica. She is featured regularly with Grammy Award-winning Southwest Chamber Music and can be heard on their Grammy-nominated “Complete Chamber Works of Carlos Chávez, Vol. 3.” Most recently, she has been a featured soloist with the Los Angeles Master Chorale in Chinary Ung’s Spiral XII and Tan Dun’s Water Passion. Ms. Vijayan is on the performance faculty of the Nirmita Composers Workshop in Siem Reap, Cambodia.