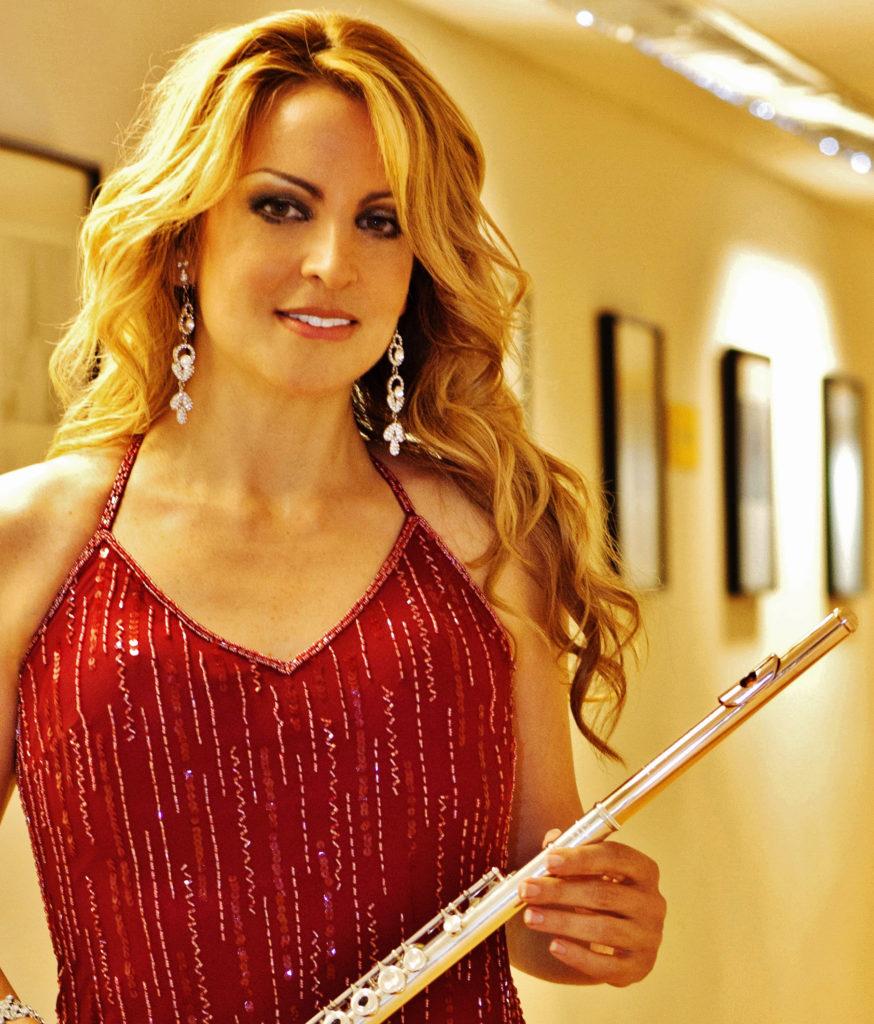 Flutist Sara Andon is an international soloist and recording artist known for her ravishing tone and deeply engaging musical interpretations. A versatile performer in many music genres including solo, chamber, symphonic, opera, ballet, new music, jazz and Broadway, she has performed all over the world in major music festivals and concert venues including NYC Carnegie Hall, Walt Disney Concert Hall in Los Angeles, on TV /radio broadcasts, as well as in the Hollywood studios for countless documentaries, video games and movie soundtracks. She is a graduate from USC and Yale and has performed with many new music ensembles on several contemporary music series, including Green Umbrella, Ojai Music Festival, Hear Now, New Music New Haven and People Inside Electronics, as well as with other elite ensembles such as the Los Angeles Philharmonic, Los Angeles Chamber Orchestra, Hollywood Bowl Orchestra. She is also the Principal Solo/Flutist with the Redlands Symphony and is the Artist Teacher of Flute at the University of Redlands School of Music and Idyllwild Arts Academy. She can be heard on numerous live concerts in the United States, Europe, and China and has recorded music of J.S.Bach, Mozart, Debussy and Schoenberg as well as some of the most current contemporary composers on the new music concert scene. In addition to performing traditional classical concerto repertoire, she has performed Pulitzer Prize-winning composer Steven Stucky´s brilliant Double Flute Concerto with renown flutist Ransom Wilson at Zipper Hall in Los Angeles. She is also premiering many new concert suites for solo flute and orchestra of classic film scores of legendary composers such as Elmer Bernstein, Alex North, Lee Holdridge and Henry Mancini that many current film composers are writing for her. In addition, she has also recorded with several incredible artists ranging from Placido Domingo to pop duo Daft Punk for their 2014 Grammy-winning album “Random Access Memories,” as well as Grammy-winning artists, composer/ jazz pianist Billy Childs and cellist YoYo Ma. She can also be currently heard as the solo flutist on the blockbuster “IT MOVIE” and the new Star Trek Discovery.