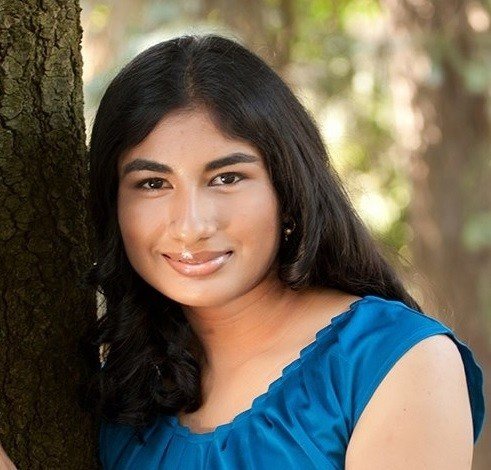 Nina Shekhar (b. 1995) is a composer whose music explores the intersection of identity, vulnerability, love, and laughter. Her works have been performed in concert by leading artists including Eighth Blackbird, International Contemporary Ensemble, ETHEL, Music from Copland House, soprano Tony Arnold, Third Angle New Music, The New York Virtuoso Singers, Lyris Quartet, and Kaleidoscope Chamber Orchestra and have been featured by Carnegie Hall, Metropolitan Museum of Art, National Sawdust, National Flute Association, North American Saxophone Alliance, I Care if You Listen, WNYC/New Sounds and WFMT radio, TUTTI Festival, Blackbird Creative Lab, Bowdoin International Music Festival, New Music on the Point, and Detroit REVIVAL Project in collaboration with dance troupe ArtLab J. She has also previously collaborated with the JACK Quartet, and her piece Quirkhead, about O.C.D. and mental illness, is scheduled to be featured in an upcoming PBS documentary chronicling the inaugural Gabriela Lena Frank Creative Academy of Music. Current projects include several performances by multi-Grammy winning super-group Eighth Blackbird on their 2018-2019 season, a chamber orchestra commission for Helios Chamber Orchestra (45th Parallel Universe), a new piece for Music from Copland House for CULTIVATE, a commission for world-renowned saxophonist Timothy McAllister, a featured performance at National Sawdust sponsored by the Hildegard Competition, a First Music chamber commission for the New York Youth Symphony to be premiered at Carnegie Hall and Interlochen Center for the Arts, and a new work for the International Contemporary Ensemble (ICE) to be premiered at the LA Philharmonic’s Noon to Midnight Series at Walt Disney Concert Hall, sponsored by the National Composers Intensive. Nina is a two-time recipient of the ASCAP Morton Gould Young Composer Award (2015 and 2019), and was a finalist in the 2017 and 2018 Morton Gould Awards. She is also the recipient of the 2018 ASCAP Foundation Leonard Bernstein Award, funded by the Bernstein family.

Aside from composing, Nina is a versatile performing artist. As a flutist, she studied with Amy Porter and previously with Holly Clemans. Nina has previously performed in masterclasses given by flutists Claire Chase, Tim Munro, composer/flutist Ian Clarke, and electronic flute duo Flutronix. She has also premiered fellow composers’ works at the Midwest Composers Symposium and the New Music on the Point Summer Festival. As a pianist, she has performed in the Poland International Piano Festival as a soloist with the Lublin Philharmonic and studied under Tomoko Mack and previously Brenda Krachenberg. Nina was selected to perform in the Detroit International Jazz Festival with her jazz band in 2012 and 2013 as lead alto saxophonist.