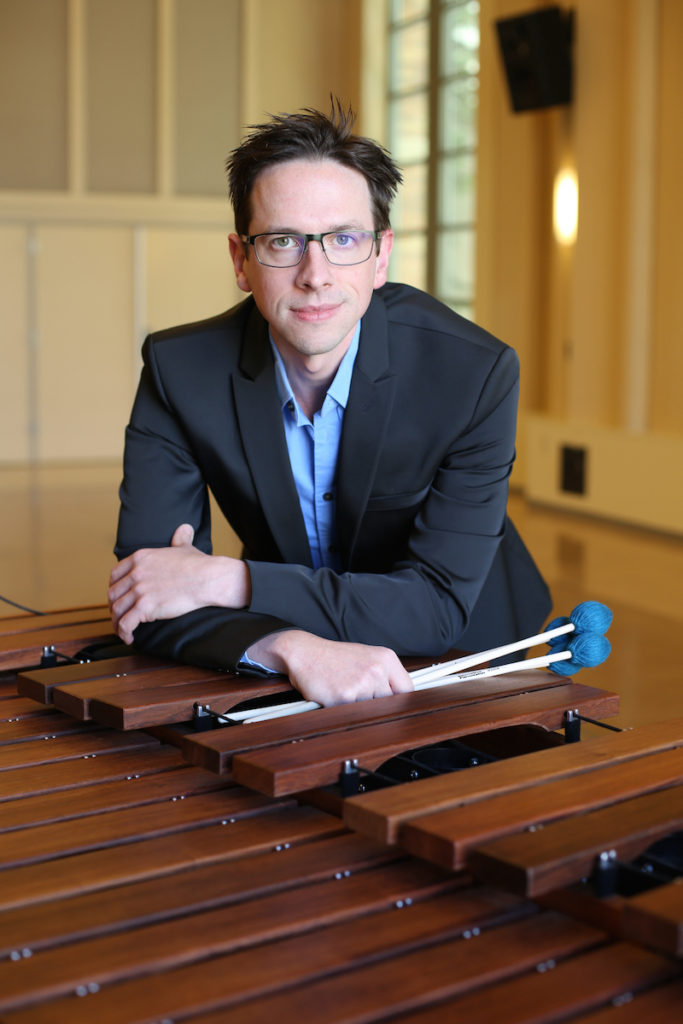 Nick Terry is a percussionist specializing in contemporary classical chamber music. In 2005, he cofounded Ensemble XII, an international percussion orchestra which Pierre Boulez endorsed as “…representing the next generation in the evolution of modern percussion.” In 2008, he founded the Los Angeles Percussion Quartet, who were nominated for Best Chamber Music Performance in the 55th Grammy Awards, featured artists at the 2013 Percussive Arts Society International Convention, included among iTunes 2014 Best of Classical Music, and hailed by The New York Times for their “mesmerizing, atmospheric, and supremely melodic music.” He is a founding member of L.A.’s ensemble PARTCH, whose 2014 release on Bridge Records (Plectra and Percussion Dances), won Best Classical Compendium at the 57th Grammy Awards. His latest local ensemble, Brightwork Newmusic (a “Pierrot-plus” sextet), is currently at work commissioning new works and performing throughout the region. He is a five-year alumnus of the Lucerne Festival Academy, where he worked extensively alongside members of Ensemble Intercontemporain, Pierre Boulez, Peter Eötvös, and Fritz Hauser. Terry is a graduate of the University of Southern California, California Institute of the Arts, and Eastern Illinois University, and is currently an Associate Professor of Music at Chapman University’s Conservatory of Music.