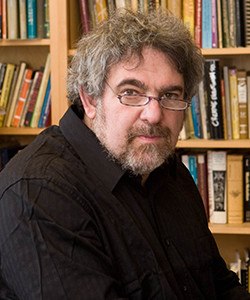 American composer of mostly chamber, choral, vocal, piano, and electroacoustic works that have been performed in the Americas and Europe; he is also active as an electric guitarist and writer.

Prof. Polansky initially studied with Ron Riddle at the New College of Florida in Sarasota, then at the University of California, Santa Cruz, where he earned his BA in mathematics and music in 1976, and with James Tenney at York University in Toronto in 1977. He studied composition with Ben Johnston at the University of Illinois at Urbana–Champaign and there earned his MA in 1978. He also had private studies in jazz guitar with George Barnes, Mick Goodrick and Chuck Wayne.

As an electric guitarist, he has often played contemporary music, notably with electric guitarist Nick Didkovsky and in Trio with Kui Dong and Christian Wolff. He also plays gendèr (metallophone from Indonesia), mandocello, mandolin, and other instruments. He has occasionally performed as a singer, including with the Enfield Shaker Singers.

As a writer, he has contributed articles to various publications. He co-edited with Judith Tick a critical edition of The Music of American Folk Song by Ruth Crawford Seeger (2003, University of Rochester Press).

He is also active in other positions. He founded the collective of experimental composers Frog Peak Music in New Hampshire in 1982 and has served as its co-director since 1982. He later co-authored with Phil Burk and David Rosenboom the computer-music language HMSL (Hierarchical Music Specification Language) from 1985–92. He co-founded the Leonardo Music Journal in 1990 and has served on the board of directors of the journal Perspectives of New Music since 1995.

He taught as an assistant professor at Mills College in Oakland, California from 1981–90 and taught at Dartmouth College in Hanover, New Hampshire from 1990–2013, where he served as chair of the department of music from 1998–2013 and taught as the Joseph Strauss 1922 Professor of Music from 2000–13, now emeritus. He then taught at the University of California, Santa Cruz from 2013–19.