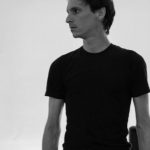 Jonathan has traveled throughout the United States and abroad performing new works for bassoon and contrabassoon. He has had the great opportunity to work with new composers on ways to write for the bassoon, as well as working with known composers such as Sofia Gubaidulina, Pierre Boulez, Peter Eöetvös, Olga Neuwirth, James Tenney, Mark Menzies, Karlheinz Stockhausen and others. Jon’s studies have brought him abroad several times where he studied extensively with Pascal Gallois, Paul Riveaux and the EIC. He received his BFA in performance from Calarts in 2004, his Masters and PSD from SFCM, and his DMA at SUNY Stonybrook.