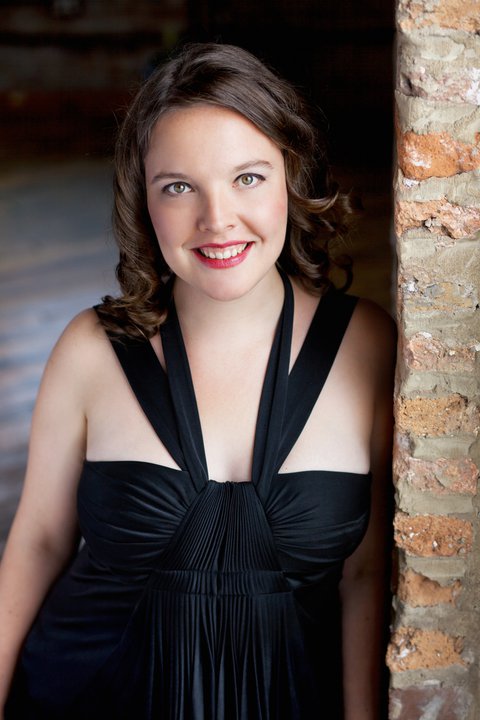 Mezzo-soprano Jennifer Beattie, called a “smashing success” (San Francisco Examiner) and praised for her “warmth” (New York Times) and “exuberant voice and personality” (Opera News), revels in performing everything from traditional to brand-new classical repertoire, as well as engaging in ongoing collaborations with performance, visual, jazz, folk, and theater artists. Her projects this fall include creating the role of Queen Barbora in the world premiere of The Black Queen (www.queen.black), a sonic meditation and theatrical experience she co-created with Juraj Kojš and Adam Marks (premiering in both Miami and Copenhagen); a residency on writing for the voice with the undergraduate composition seminar at Yale University with her duo Albatross; and singing the role of Gertrude Stein in the New York premiere of award-winning composer Tom Cipullo’s opera, After Life (http://www.chelseaopera.org/season.html).

A passionate voice in the creation of new music, Jennifer has collaborated with and premiered works by composers including Lembit Beecher, Jon Irabagon, Laura Schwendinger, Kathryn Alexander, Kerrith Livengood, Tom Cipullo, Jeremy Gill, and Juraj Kojš. She was also a founding faculty member and vocalist-in-residence for several seasons at the New Music on the Point Festival in VT. Jennifer is a member of chamber music duos Albatross, with pianist Adam Marks; So Much Hot Air, with oboe/ English horn player Zachary Pulse, and Spacepants, with violist/composer Diana Wade. She also serves as co-director of Artists at Albatross Reach, a retreat for the development of weird, wonderful new work and artistic collaborations in northern California.