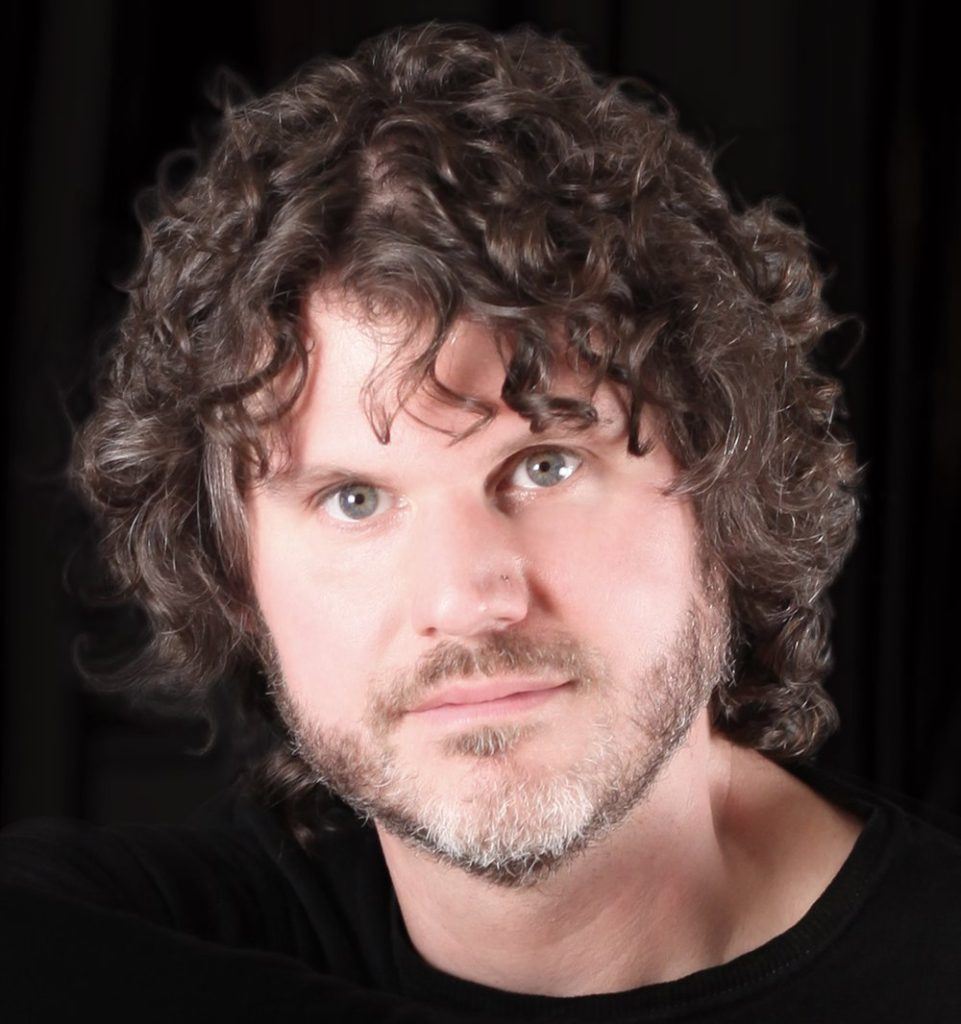 Jason Eckardt (b. 1971) played guitar in jazz and metal bands until, upon first hearing the music of Webern, he immediately devoted himself to composition. Since then, his music has been influenced by his interests in perceptual complexity, the physical and psychological dimensions of performance, political activism, and self-organizing processes in the natural world. He has been recognized through commissions from Carnegie Hall, Tanglewood, the Koussevitzky Foundation (2000, 2011), the Guggenheim Museum, the Fromm Foundation at Harvard University (1996, 2008), New Music USA, Chamber Music America, the New York State Music Fund, Meet the Composer, the Oberlin Conservatory, and percussionist Evelyn Glennie; awards from the League of Composers/ISCM (National Prize), Deutschen Musikrat-Stadt Wesel (Symposium NRW Prize), the Aaron Copland Fund, the New York State Council on the Arts, ASCAP, the University of Illinois (Martirano Prize), the Alice M. Ditson Fund, and Columbia University (Rapoport Prize); and fellowships from the Guggenheim Foundation, the Rockefeller Foundation, the American Academy of Arts and Letters, Fondation Royaumont, the MacDowell and Millay Colonies, the National Foundation for Advancement in the Arts, the Fritz Reiner Center for Contemporary Music, the Composers Conference at Wellesley, the Atlantic Center for the Arts, and the Yvar Mikhashoff Trust for New Music.

Eckardt has written on subjects ranging from cognitive research informing composition to Richard Serra’s use of process from a musical perspective. His work has appeared in Perspectives of New Music, Autour de la Set Theory in IRCAM’s Musique-Sciences series, L’etincelle, Dansk Musik Tidsskrift, Current Musicology, and a chapter in Arcana II, edited by John Zorn.

Also active as a promoter of new music, Eckardt co-founded and served as the Executive Director of Ensemble 21, the contemporary music performance group in New York City. Under his leadership, the critically acclaimed Ensemble earned a reputation for innovative programming and top-caliber performances, premiered over thirty works, and recorded for the CRI and Mode labels. In 1999, Ensemble 21 was the first American ensemble to collaborate in concert with IRCAM.