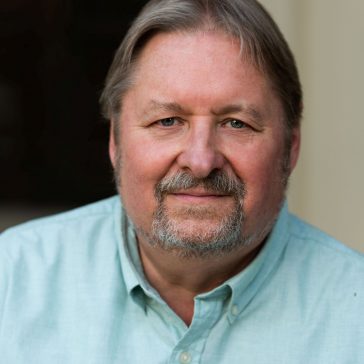 Born in Honolulu in 1954, Jack Van Zandt grew up in California. He is a veteran composer of concert music, sonic sculptures and computer designed and controlled new media works and ambient environments for public spaces and gallery installations. He also composes and produces music for television, film and advertising in partnership with Joel Wachbrit. He is a published writer, dedicated music education reformer and promoter, and professional music education consultant and program grant writer.

Jack became a musician early in life, playing saxes, keyboards and guitar. He has a BA (1976) in Music Composition and Theory from the College of Creative Studies at UC Santa Barbara, where he studied composition with Peter Racine Fricker and Thea Musgrave and electronic music with Emma Lou Diemer. He moved to England in 1976 and began graduate study at Cambridge University, where he studied composition with—and was teaching and musical assistant to—Professor of Music Alexander Goehr for several years. In 1977 he was awarded a scholarship by the British Broadcasting Corporation (BBC) to attend the Dartington Summer School of Music in Devonshire to work with Sir Peter Maxwell Davies. He spent 20 years living, composing and teaching in England, Ireland and continental Europe.

Jack returned to California in 1999, first living in Silicon Valley and now Los Angeles. He has composed more than 300 musical works. He has designed and written web content; written and developed educational products in the subjects of music, art, science and history for publication; and contributed over 200 political opinion pieces and arts reviews to various publications.

Jack has been a consultant in music education program design, development, management and funding. He has formulated programs and projects for various nonprofit organizations and educational institutions and successfully written associated grant proposals for foundations, state and federal government, and international funding sources. He has taught music fundamentals and advanced subjects in high schools and universities; lectured and written on the subjects of evolutionary musicology, ethnomusicology, musical science and philosophy; and mentored many students and young music teachers in education, theory and composition. He is also a very experienced orchestrator, arranger, and music editor and publisher. His concert works have been performed in the US and Europe, and broadcast on the BBC.

Jack joined the American Composers Forum-Los Angeles (ACFLA) board of directors in 2012 and was ACFLA president from 2014-2017. He was a Visiting Artist at CalArts in Spring of 2017.