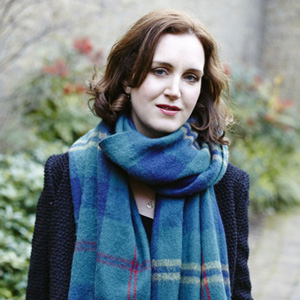 Born in 1981, Helen studied oboe with John Anderson and composition with Julian Anderson and Edwin Roxburgh at the Royal College of Music. In 2003 she won a British Composer Award for her Oboe Concerto, and was awarded the intercollegiate Theodore Holland Composition Prize in 2003 as well as all the major composition prizes in the RCM. In 2008 she was awarded a Leonard Bernstein Fellowship to study at the Tanglewood Music Center where she studied with John Harbison, Michael Gandolfi, Shulamit Ran and Augusta Read Thomas. Grime was a Legal and General Junior Fellow at the Royal College of Music from 2007 to 2009. She became a lecturer in composition at the Department of Music at Royal Holloway, University of London, in January 2010.

Helen has had works commissioned by some of the most established performers including London Symphony Orchestra, BCMG, Britten Sinfonia, BBC Scottish Symphony Orchestra and the Tanglewood Music Center. Conductors who have performed her work include Daniel Harding, Pierre Boulez, Yan Pascal Tortelier and Sir Mark Elder. Her work Night Songs was commissioned by the BBC Proms in 2012 and premiered by the BBC Symphony Orchestra, conducted by Oliver Knussen. In 2011 she was appointed Associate Composer to the Hallé Orchestra for an initial tenure of three years. Her first commission for them, Near Midnight, was premiered on May 23, 2013 and a recording of her orchestral works performed by the Hallé was released as part of the NMC Debut Disc Series in 2014, which was awarded ‘Editors Choice’ by Gramophone Magazine.

Upcoming highlights in May include the world premieres of Aviary Sketches (after Jospeh Cornell), a string trio commissioned by Wigmore Hall and Chamber Music Society Lincoln and the Hallé Orchestra, conducted by Markus Stenz will perform a newly commissioned Double Concerto. Summer 2015 also sees a BBC Proms performance of A Cold Spring given by Thierry Fischer and the London Sinfonietta and a performance of Everyone Sang given by the BBC Symphony Orchestra and Sakari Oramo at the Aldeburgh Festival.
Helen’s music is published exclusively by Chester Music.