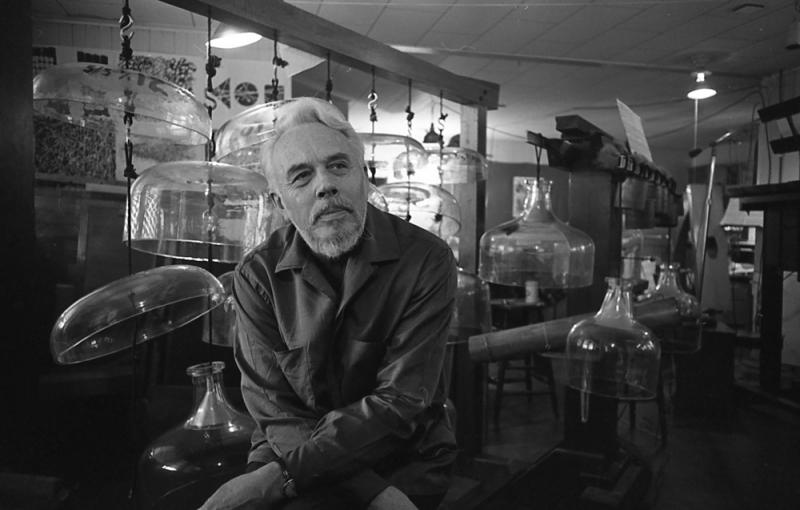 Partch was born in Oakland, California, on June 24, 1901, and spent much of his early years in the American Southwest, where he was exposed to music and sound from a variety of cultures. He enrolled at the University of Southern California to study composition, but was dissatisfied and ultimately left to work on his own. After discovering the work of Hermann von Helmholtz, Partch began to explore just intonation, and ultimately settled on this system for his compositional needs. He invented his Adapted Viola in New Orleans, Louisiana, and began setting poems by Li Po for his new instrument and voice.

While his early work was met with some support and small grants, the Great Depression forced Harry to spend many years as a transient, and only rarely was he able to continue his artistic work. It was during these years that Partch collected the texts and experiences that would later form the basis for The Wayward.

After the Great Depression ended, Harry again found success with small grants and support from the Guggenheim Foundation. In the period from 1941 – 1956, he composed and rewrote over a dozen works, invented and built over a dozen instruments, arranged several performances and recordings of his works, and wrote the first edition of his book, Genesis of a Music.

He spent the last twelve years of his life in various locations near the California Coastline. These years would see more creative work, major productions of his total-theater pieces, and a greatly-expanded second edition of his book. Harry Partch died in San Diego, California, on September 3, 1974.