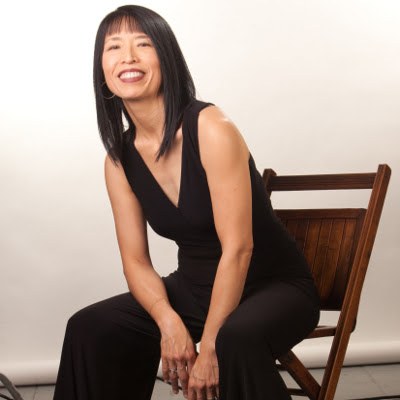 Grammy and Emmy Award-winning pianist GLORIA CHENG has long been devoted to a process of creative collaboration, having worked extensively with such internationally renowned composers as John Adams, Terry Riley, Thomas Adès, and the late Steven Stucky. Ms. Cheng has appeared as a concerto soloist with the Los Angeles Philharmonic under Zubin Mehta and Pierre Boulez, and on its acclaimed Green Umbrella series with Esa-Pekka Salonen and Oliver Knussen. She has been a recitalist at the Ojai Music Festival (where she first appeared in 1984 with Pierre Boulez), the Chicago Humanities Festival, William Kapell Festival, and Tanglewood Festival of Contemporary Music. Ms. Cheng inspired and premiered such notable compositions as Esa-Pekka Salonen’s Dichotomie (of which she is the dedicatee), John Adams’ Hallelujah Junction for two pianos (written for her and Grant Gershon), and Steven Stucky’s Piano Sonata. Partnering with composers in duo-recitals, she premiered Thomas Adès’s two-piano Concert Paraphrase on Powder Her Face and Terry Riley’s Cheng Tiger Growl Roar. Ms. Cheng received a Grammy Award for her 2008 recording, Piano Music of Salonen, Stucky, and Lutosławski, and a second Grammy nomination for her 2013 disc, The Edge of Light: Messiaen/Saariaho. On screen, Ms. Cheng’s film, MONTAGE: Great Film Composers and the Piano — documenting the recording of works composed for her by Bruce Broughton, Don Davis, Alexandre Desplat, Michael Giacchino, Randy Newman, and John Williams — aired on PBS SoCal and captured the 2018 Los Angeles Area Emmy Award for Independent Programming. Her most recent disc, Garlands for Steven Stucky, is a star-studded tribute to the late composer by 32 of his friends and former students. After obtaining a Bachelor’s degree in Economics from Stanford University, Ms. Cheng studied in Paris on a Woolley Scholarship and earned graduate degrees in performance from UCLA and the University of Southern California, where her teachers included Aube Tzerko and John Perry. Ms. Cheng now is on the faculty at the UCLA Herb Alpert School of Music where she has created courses and programs designed to unite performers, composers, and scholars.