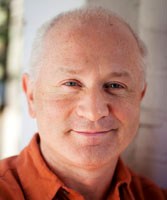 Born in 1960, George Benjamin began composing at the age of seven. In 1976 he entered the Paris Conservatoire to study with Messiaen, after which he worked with Alexander Goehr at King’s College, Cambridge.

When he was only 20 years old, Ringed by the Flat Horizon was played at the BBC Proms by the BBC Symphony Orchestra under Mark Elder. The London Sinfonietta and Simon Rattle premiered At First Light two years later. Antara was commissioned for the 10th anniversary of the Pompidou Centre in 1987 and Three Inventions was written for the 75th Salzburg Festival in 1995. The London Symphony Orchestra under Pierre Boulez premiered Palimpsests in 2002 to mark the opening of ‘By George’, a season-long portrait which included the first performance of Shadowlines by Pierre-Laurent Aimard. More recent celebrations of Benjamin’s work have taken place at the Southbank Centre in 2012 (as part of the UK’s Cultural Olympiad), at the Barbican in 2016 and at the Wigmore Hall in 2019. The last decade has also seen multi-concert retrospectives in San Francisco, Frankfurt, Turin, Milan, Aldeburgh, Toronto, Dortmund, New York and at the 2018 Holland Festival.

Benjamin’s first operatic work Into the Little Hill, written with playwright Martin Crimp, was commissioned in 2006 by the Festival d’Automne in Paris. Their second collaboration, Written on Skin, premiered at the Aix-en-Provence festival in July 2012, has since been scheduled by over 20 international opera houses, winning as many international awards. Lessons in Love and Violence, a third collaboration with Martin Crimp, premiered at the Royal Opera House in 2018; both works were filmed by BBC television, and a related ’Imagine’ profile on Benjamin was broadcast on BBC1 in October 2018.

As a conductor Benjamin has a broad repertoire – ranging from Mozart and Schumann to Knussen, Murail and Abrahamsen – and has conducted numerous world premieres, including important works by Rihm, Chin, Grisey and Ligeti. He regularly works with some of the world’s leading orchestras, and over the years has developed particularly close relationships with the Mahler Chamber Orchestra, Philharmonia Orchestra, London Sinfonietta and Ensemble Modern as well as the Royal Concertgebouw Orchestra, who gave the world premiere of Dream of the Song in September 2015. During the 2018-19 season Benjamin was composer-in-residence with the Berlin Philharmonic Orchestra/Musikfest and at the new Elbphilharmonie in Hamburg.

Recent awards include the 2015 Prince Pierre of Monaco composition prize (for Written on Skin) and the 2019 Golden Lion Award for lifetime achievement from the Venice Biennale. An honorary fellow of King’s College Cambridge, the Guildhall, the Royal College and the Royal Academy of Music, Benjamin is also and Honorary Member of the Royal Philharmonic Society. He was awarded a C.B.E. in 2010 and made an Commandeur de l’Ordre des Arts et des Lettres in 2015 He was awarded a C.B.E. in 2010, made a Commandeur de l’Ordre des Arts et des Lettres in 2015, and was knighted in the 2017 Queen’s Birthday Honours. He has frequently taught and performed at the Tanglewood Festival over the last 20 years, and since 2001 has been the Henry Purcell Professor of Composition at King’s College, London and was made a Fellow of the College in 2017. His works are published by Faber Music and are recorded on Nimbus Records. Benjamin was elected as a member of the Royal Swedish Academy of Music in 2018.