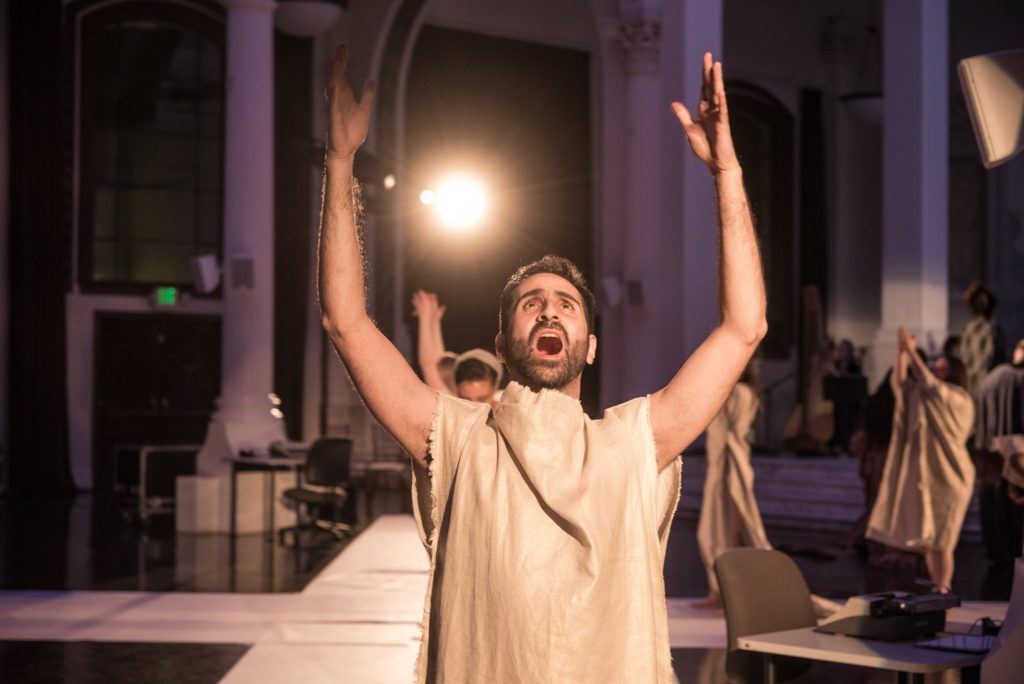 Fahad is an advocate of innovative and adventurous music, particularly for vocal ensembles. He approaches this advocacy as a performer, composer, conductor and entrepreneur. His creative work focuses on interdisciplinary storytelling, folding together words, sound, and movement into mythic narratives.

Fahad maintains a robust schedule of solo and ensemble performing including performances at SASSAS, the Hear Now Festival, Tuesdays@MonkSpace, and the Masters in the Chapel Concert Series. He is artistic director of HEX Vocal Ensemble and regularly sings with C3LA: The Contemporary Choral Collective of Los Angeles, a group dedicated to contemporary choral music, and He is also co-artistic director of The Resonance Collective in New York, an interdisciplinary music/dance ensemble with collaborator Andre Megerdichian.

He is currently co-director of choirs at Chaffey College and has previously been a conductor of the CalArts Contemporary Vocal Ensemble, C4: The Choral Composer/Conductor Collective, the Brooklyn Youth Chorus, Columbia University Glee Club, and assistant conductor of The Industry opera company in Los Angeles. Fahad has a reputation as a dynamic and engaging presenter and has taught workshops and guest lectures at Tufts University, California State University Long Beach, Institute of the Arts – Barcelona, CalArts, CSU Fullerton, Concordia College, and the Kaufman Center in New York.

In addition to his creative work, Fahad is an active arts entrepreneur and administrator. He has written articles and presented on such topics as The Future of Choral Music (NewMusicBox), Collective Models for Choirs (Chorus America), and Exploring Timbre in Choral Ensembles (ACDA). In 2012, he founded See-A-Dot Music Publishing, Inc., a company devoted to the advocacy of new choral works and emerging composers. Fahad is currently a faculty member at Chaffey College where he teaches composition, music history, and is assistant conductor of choirs. He is a founding member of the Contemporary Choral Collective of Los Angeles and a board member of C4: The Choral Composer/Conductor Collective in New York.

Fahad is an active performer of Brazilian music and dance and has performed with Capoeira Narahari and Raizes do Brasil, is a rock-climbing enthusiast, and a tri-athlete.