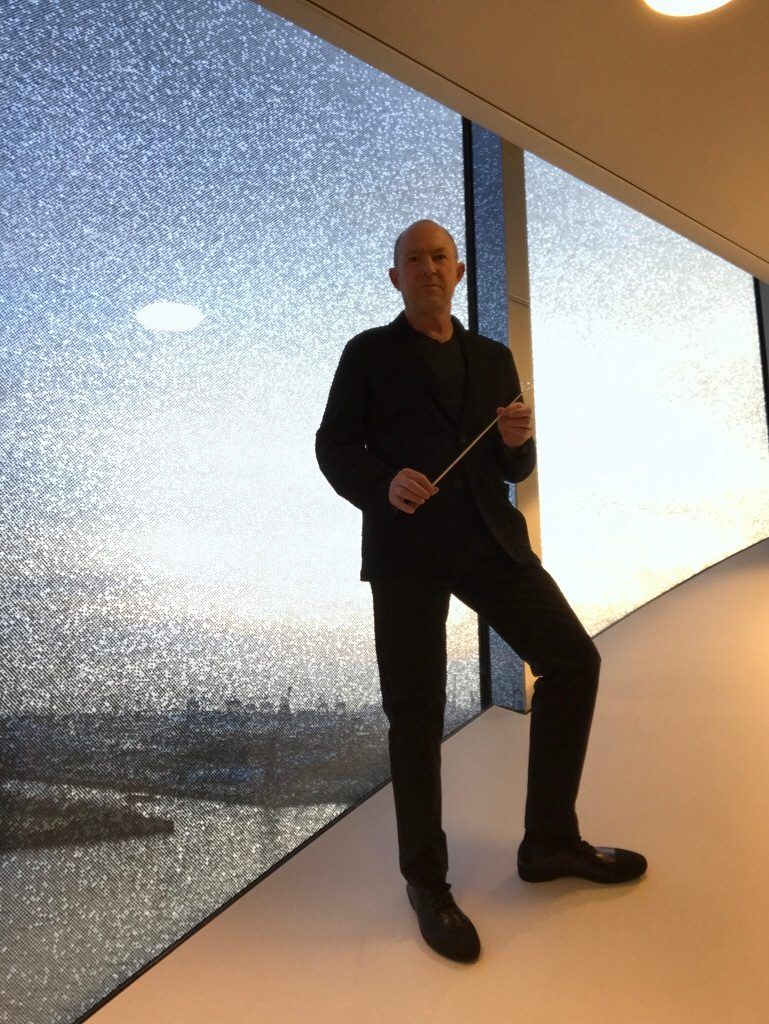 Composer/conductor/clarinetist Evan Ziporyn’s music has taken him from Balinese temples to concert halls around the world.

He has composed for and collaborated with Yo-Yo Ma, Brooklyn Rider, Ethel, Anna Sofie Von Otter, the American Composers Orchestra, BMOP, Iva Bittova, Terry Riley, Don Byron, Wu Man, and Bang on a Can. In 2017, his arrangements were featured on Ken Burns and Lynn Novick’s The Vietnam War, and on Silkroad’s Grammy-winning album Sing Me Home.

Recent conducting appearances include LA Opera (Keeril Makan’s Persona), Hamburg Elbsphilharmonie (Julia Wolfe/Bill Morrison’s Fuel), the Barcelona Symphony, and the Cleveland Museum of Art. At MIT he is Distinguished Professor of Music and Director of the Center for Art, Science and Technology. He studied at Eastman School of Music, Yale, and UC Berkeley with Joseph Schwantner, Martin Bresnick, and Gerard Grisey. He received a Fulbright in 1987, founded Gamelan Galak Tika in 1993, and has composed a series of groundbreaking compositions for gamelan and western instruments, as well as evening-length works such as 2001’s ShadowBang, 2004’s Oedipus Rex (Robert Woodruff, director), and 2009’s A House in Bali, which was featured at BAM Next Wave in October 2010. Awards include a USA Artist Fellowship, the Goddard Lieberson Prize from the American Academy, Massachusetts Cultural Council Fellowship, and commissions from Carnegie Hall, Kronos Quartet, Rockefeller Multi-Arts Program, and Meet the Composer. From 1992-2012 he served as music director, producer, and arranger for the Bang on a Can Allstars, winning Musical America’s Ensemble of the Year award in 2005. He has also recorded with Paul Simon, Christine Southworth, and the Steve Reich Ensemble, sharing in their 1998 Grammy for Best Chamber Music Performance.