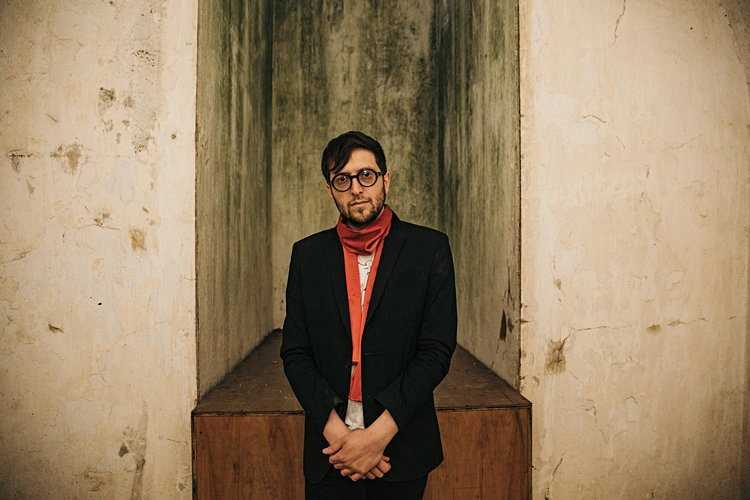 Hailed as “opulently gifted” by Opera News and “utterly original” by The New York Times, the music of David Hertzberg (b. 1990, Los Angeles) is swiftly garnering recognition.

The fall of 2017 saw the premiere of his opera, The Wake World, co-presented by Opera Philadelphia and the Barnes Foundation on Opera Philadelphia’s inaugural Festival O17, which won the Music Critics Association of North America’s Best New Opera Award. The New York Times said of the premiere, “…the music is engrossing. Just five instrumentalists produce wondrous colors and sonorities. The score, spiked with modernist elements, makes Mr. Hertzberg seem a 21st-century Ravel.” and The Wall Street Journal called him “prodigiously gifted”, noting “Mr. Hertzberg’s music has an early 20th-century aura, with the sheen and muscle of Strauss wedded to the diaphanous spirit of Debussy, but with a distinctly modern edge… this composer is a find.” Broadway World called it “a major work… thrilling, rapturous” and Opera Today called it a “magnificent artistic achievement”.

The spring of 2018 saw yet another operatic premiere: The Rose Elf, in an unprecedented presentation in the catacombs of Green-Wood Cemetery in Brooklyn. The performances were featured prominently in The New York Times, which described the work as “voluptuous and passionate” and WQXR named it The Opera Event of 2018, saying: “Hertzberg is a masterful dramatist[…]this one signals the arrival of a major compositional personality.” Opera News proclaimed it “a compelling and welcome addition to the operatic canon” and The New York Observer said the premiere “turned out to be just about everything you want opera to be. The Rose Elf shocked, confounded, disturbed and in the end, exalted.” Musical America said of the score: “To etch this fanciful yet disturbing story, Hertzberg has written some crystalline, ravishing textures, glistening with percussion… But as the hour progressed, Hertzberg’s shimmering score bloomed into passages of opulence that might have made Richard Strauss proud.” Classical Voice North America declared “this music is at least the equal of Puccini” and Parterre called the opera “a marvel”, saying: “[Hertzberg] is an absolute phenomenon. Such lush, decadent musical passages and ecstatic vocal lines I’ve rarely heard from a young composer. Hertzberg gave us splendid moments when I was sure I was hearing something straight out of the late Romantic period, though Strauss’ Daphne, an obvious influence, frankly isn’t as good.”

Highlights of recent seasons have included the premiere of his Chamber Symphony with the American Composers Orchestra at Carnegie Hall, the cantata Sunday Morning with New York City Opera at Lincoln Center, for none shall gaze upon the Father and live with the Kansas City Symphony, Spectre of the Spheres with the Pittsburgh Symphony, three premieres of chamber works on the Concert Artists Guild series at Carnegie Hall, his orchestral cantata Nympharum and large ensemble work femminina, oscura at Alice Tully Hall, as well as performances at Tanglewood and the Kennedy Center. Of the premiere of his Orgie céleste, presented on the Young Concert Artists series at Merkin Hall, The New York Times wrote: “In this riveting work, Mr. Hertzberg demonstrates that a gifted young composer can be inspired by masters and still speak with a vibrantly personal style.”

In 2015 he was named Composer in Residence for Opera Philadelphia and Music-Theatre Group, a post he held through the end of the 2017-18 season and from 2012-2015, he served as Composer in Residence for Young Concert Artists. Recent distinctions have come from the Music Critics Association of North America, Harvard University, the American Academy of Arts and Letters, Copland House, MacDowell, Yaddo, Tanglewood, BMI, and ASCAP, as well as the International Opera Awards, which shortlisted him for Newcomer of the Year in 2018.

David began his musical studies at the Colburn School and received his Bachelor and Master of Music degrees with distinction from the Juilliard School, where he studied with Samuel Adler. At his commencement, he was awarded the John Erskine Prize for outstanding artistic achievement throughout the course of his studies. He holds an Artist Diploma from the Curtis Institute of Music.