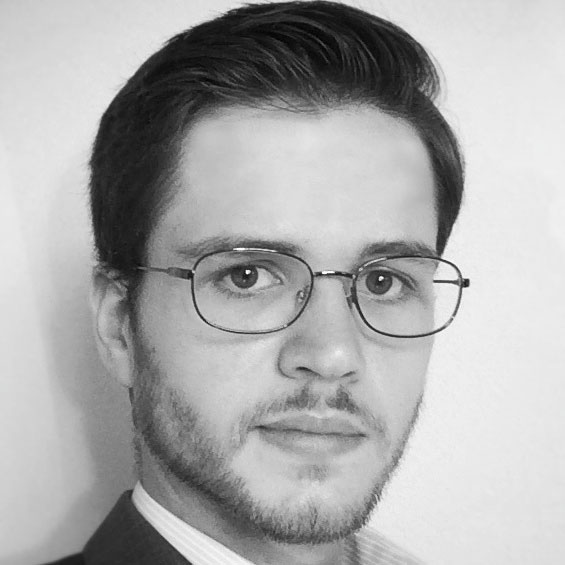 Colin Horrocks is a Los Angeles-based composer whose music has been described as “dramatically powerful” (Sequenza21). His compositions include works for chamber ensemble, soloist, and large ensemble and often incorporate electroacoustic and multimedia elements. Recent commissions include a work piano and electronics commissioned by Grammy-nominated pianist Aron Kallay. His compositions were featured as part of REDHOT, an interactive art installation commission by the Philharmonic Society of Orange County during which he worked alongside McArthur Genius Grant Recipient and Guggenheim Fellow Trimpin. The installation was displayed at South Coast Plaza in Costa Mesa and later at the Tech Museum of Innovation in San Jose in 2014.

As an up and coming leader in the Los Angeles new music scene, Colin spearheaded artistic endeavors with numerous local ensembles and concert series. He currently holds the position of Assistant Director for Tuesdays@Monk Space, an underground new music series that presents cutting-edge music and adventurous interdisciplinary arts programming and sits on the board of directors of People Inside Electronics, a concert series devoted to the performance and promotion of live electroacoustic music. An advocate of collaboration within the community, Colin co-produced ACF-LA presents New Music Los Angeles, a county-wide festival which featured LA’s most prominent new music groups.

Colin plays an active role in music education for the next generation of composers, servicing as the lead instructor for the Los Angeles chapter of the American Composer’s Forum’s Making Music in Schools program and as a Teaching Apprentice at the University of California, Los Angeles (UCLA). He earned a Bachelors of Music from the Hall-Musco Conservatory of Music at Chapman University where he graduated Magna Cum Laude with Music Departmental Honors and received the Smith Composition Award. He is now pursuing his Masters at UCLA. His primary composition teachers include Richard Danielpour, Jeffrey Holmes, Sean Heim, Vera Ivanova, Shaun Naidoo, and Dominique Schafer.