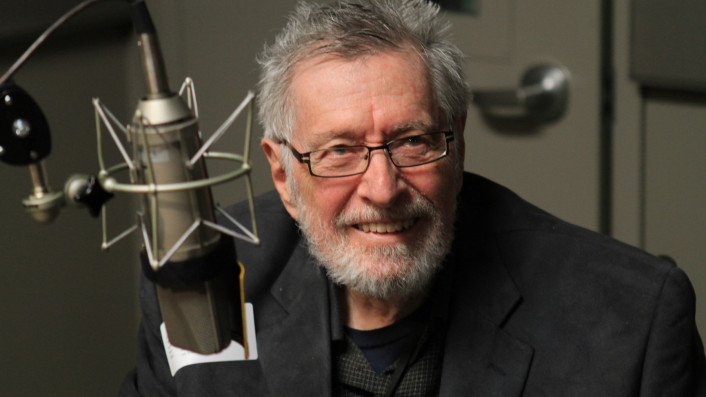 American composer of mostly stage, chamber, choral, and vocal works that have been performed throughout the world. He is widely recognized for generalizing Harry Partch’s system of Just Intonation (proportional tuning based on the naturally occuring overtone series) and extending it, as well as developing a notation system based on traditional notation.

Johnston earned his BFA at the College of William & Mary in Virginia in 1949 and his MMus at the University of Cincinnati – College-Conservatory of Music in 1950. He then studied music privately with Harry Partch in Gualala, California and with Darius Milhaud at Mills College in Oakland, California, where he earned his MFA in 1952. He later studied music privately with John Cage in New York in 1959–60.

He taught acoustics, composition and music theory at the University of Illinois at Urbana–Champaign from 1951–83, where he was a professor from 1967–83, now emeritus. He also served as chair of the Music Planning Committee of its Festival of Contemporary Arts from 1962–65. He continued to take on private students for three decades following his retirement.

Johnston is also active in other positions. He organised the première of The Bewitched by Harry Partch at the University of Illinois in 1957. He has written more than a dozen articles for the journals Perspectives of New Music and Source, among other publications, which appear in Maximum Clarity and Other Writings on Music (2006, edited by Bob Gilmore, University of Illinois Press).

Among his honors are the Guggenheim Fellowship (1959), the Orchesterpreis der Donaueschingen Musiktage (2008, for Quintet for Groups), and a 2007 ASCAP award for his book Maximum Clarity.

Since 2002, Johnston has worked with the Kepler Quartet on deciphering and recording all ten of his string quartets, which incorporate a range of styles from serial to neoclassical to minimalist, and tunings from standard to 3-limit JI to a tone row with 176 pitches in one octave. As opposed to writing new music, Johnston has focused on working with performers from across the USA to Germany, in order to help them better understand and find solutions to the technical demands of playing his music accurately.

In 2007, Johnston began collaborating on a project called “A New Dissonance” the name of which hints at the fact that extended tuning offers not only offers pure consonances, but a wide variety of new dissonances as well. It began as an interdisciplinary project focusing on the study of Johnston’s music and ideas, unseen connections between art forms, and the creation of new works of art based on these ideas. Since then, over 100 hours of interviews, lectures, rehearsals, and concerts have been filmed.