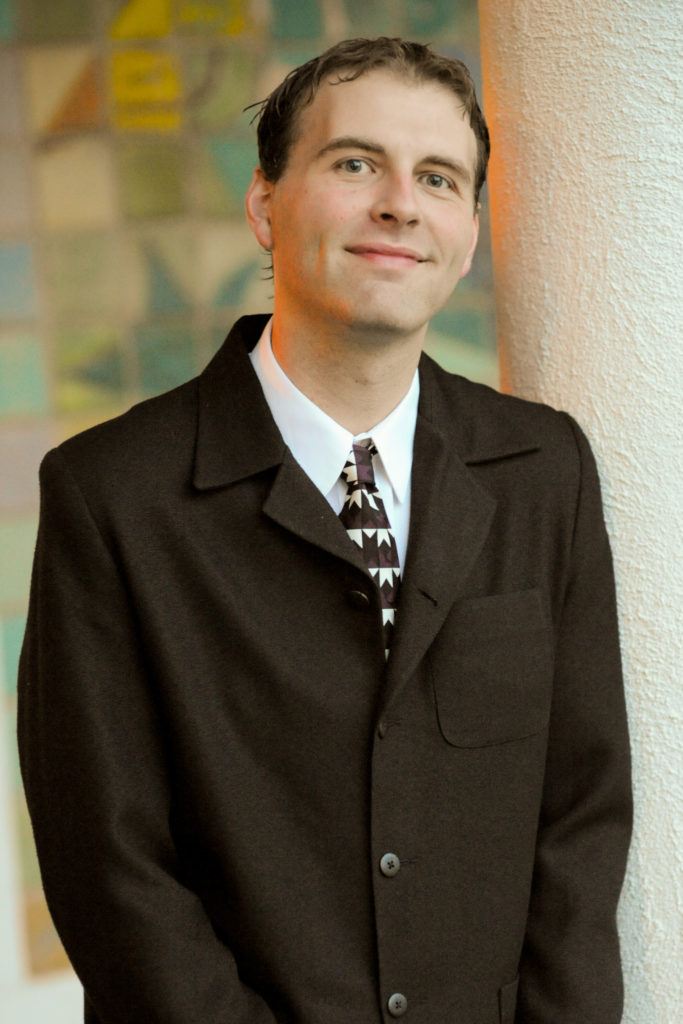 Anthony Suter’s music has been heard in nearly every major U.S. city, as well as a growing list of international venues. His works include three chamber operas, chamber and orchestral music, and several works for wind ensemble. He studied at the University of Southern California (B.M., 2002), the University of Michigan (M.M., 2004), and the University of Texas at Austin (D.M.A., 2008). His teachers have included Donald Crockett, Stephen Hartke, Frank Ticheli, William Bolcom, Susan Botti, Bright Sheng, and Dan Welcher. This September he will begin his tenth year teaching at the University of Redlands, where his is an Associate Professor of Music.

He has received awards from the National Opera Association, the College Band Director’s National Association, ASCAP, Associazione Culturale Musicale “Euritmia”, the British and International Bass Forum, Concorso 2 Agosto, and the Texas String Project. In 2010, he was honored with a University-wide award for Innovative Teaching from the University of Redlands.

Centaur Records has released a recording entitled Hymns to Forgotten Moons: the music of Arnold Schoenberg and Anthony Suter [CRC 3019], which features recordings of two of Professor Suter’s works performed by University of Redlands faculty.

Recent works include Luna for SATB choir, written for Nicholle Andrews and the University of Redlands Chapel Singers, and two works for the 2017 International Trombone Festival.

His music is published by Daehn Publications (United States), Edizione Musicali Wicky Milan (Italy), as well as his own imprint, Sutera Music Publishing.