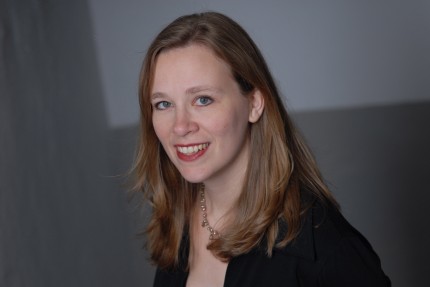 Amy Williams was born in Buffalo, NY in 1969, the daughter of Diane, now retired violist with the Buffalo Philharmonic Orchestra, and Jan, percussionist and Professor Emeritus at the University at Buffalo. She started playing the piano at the age of four and took up the flute a few years later (her first teacher was the legendary Robert Dick, so she could soon play “Chopsticks” in multiphonics…). She grew up in the heyday of the Center for the Creative and Performing Arts, hearing all the latest contemporary music and meeting composers who would later become influential to her: John Cage, Morton Feldman, Lukas Foss, Elliott Carter and many others. She went to Bennington College and, while there, decided to devote her life to performing and composing contemporary music. After a fellowship year in Denmark, she returned to Buffalo to complete her Master’s degree in piano performance at the University at Buffalo with pianist-composer Yvar Mikhashoff and her Ph.D. in composition, working primarily with David Felder. She returned to Bennington in 1998 as a member of the music faculty and she then moved on to a faculty position at Northwestern University in 2000. Since 2005, she has been teaching composition and theory at the University of Pittsburgh, where she is an Associate Professor.

Amy has won the Wayne Peterson Composition Prize (Sextet), Audio Inversions Composition Prize (Cineshape 1), Thayer Award for the Arts, an ASCAP Award for Young Composers (verre-glaz), and fellowships from the American Academy of Arts and Letters (the 2016 Goddard Lieberson Fellowship), American-Scandinavian Foundation, Howard Foundation and John S. Guggenheim Foundation. She received a 2009 Fromm Music Foundation Commission to write “Richter Textures” for the JACK Quartet. An avid proponent of contemporary music, she served as Assistant Director of June In Buffalo, Director of New Music Northwestern, and is currently on the artistic boards of the Pittsburgh-based concert series, Music on the Edge, and the Yvar Mikhashoff Trust for New Music. She recently became the Artistic Director and Composer-in-Residence of the New Music On The Point festival in Vermont.

Her ambitious Cineshape series of chamber pieces inspired by different films was presented in May 2016 with live performances by the JACK Quartet, flutist Lindsey Goodman and percussionist Scott Christian, with a new video component by Aaron Henderson. Upcoming commissions include works for the Stony Brook Chamber Players, Tim Brady’s international guitar quartet project, the Bugallo-Williams Piano Duo’s “Microludes for György Kurtág” and a Koussevitsky Foundation commission for soprano Tony Arnold and the JACK Quartet. She is a 2017-2018 Fulbright Scholar at the University College Cork, Ireland.