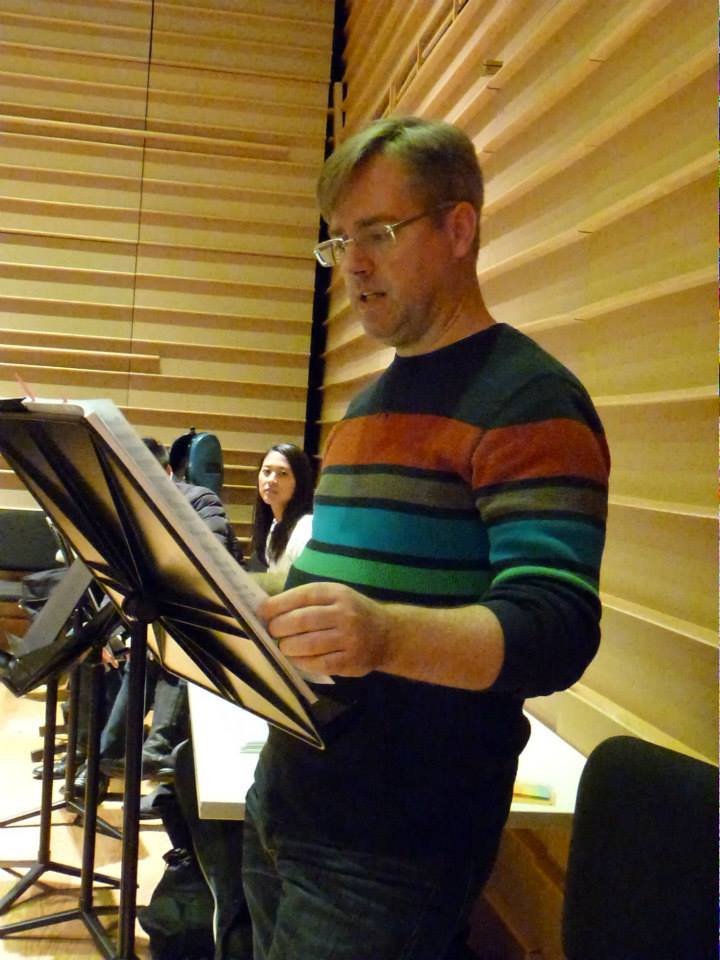 A.J. McCaffrey is a songwriter and composer of instrumental, vocal and electronic music. With a background in theater, fine arts and literature, and an upbringing that has fostered a love for a wide variety of musical styles, A.J. writes music that strives to tell a story. His works are theatrical in nature, employing harmonically rich and lyrically striking sound worlds to create moving, dramatic narratives.

Hailed by the American Academy of Arts and Letters as a composer of music “imbued with an extraordinary wit and intelligence”, A.J. received the Academy’s 2014 Goddard Lieberson Fellowship. He has been commissioned to write music for the Los Angeles Philharmonic, the Tanglewood Music Center and the Royal Scottish National Orchestra. A.J.’s music has been performed by the American Composers Orchestra, the New Fromm Players, the Radius Ensemble, the Atlantic Chamber Ensemble and by members of the Chiara Quartet, the Boston Modern Orchestra Project, Alarm Will Sound, Boston’s Firebird Ensemble and the Scottish Chamber Orchestra. A fellow at the Tanglewood Music Center and Aspen Music Festival and School, A.J. has been a featured composer on BMOP’s The Next Next series, Tanglewood’s Festival of Contemporary Music and the New Gallery Concert Series. His orchestral work Thank You for Waiting was chosen for the American Composers Orchestra Underwood New Music Readings, and he was subsequently awarded the 2013 Underwood Emerging Composers Commission. Recent collaborations include works for violist Jonah Sirota, HOCKET piano duo, clarinetist Julia Heinen, Project Fusion saxophone quartet, and the Light Matter Trio.

A.J. holds degrees in music from Rice University, The Royal Scottish Academy of Music and Drama and the University of Southern California. He has studied composition with Richard Lavenda, James MacMillan, Donald Crockett and Stephen Hartke. A passionate educator, A.J. was one of the founding instructors for the Los Angeles Philharmonic’s groundbreaking Composer Fellowship Program. He is currently an Assistant Professor of Music at California State University Northridge. A native of the Boston area, A.J. lives in Los Angeles with his wife and their two children.