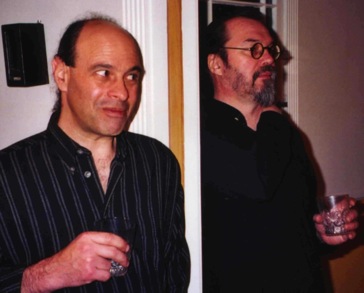 New York City born and raised composer Daniel Rothman, has lived in Los Angeles since 1991, when he founded Wires Center for New & Experimental Music, which opened its doors with the premiere of John Cage’s One6, and sound sculpture by Mineko Grimmer. Rothman’s creative and curatorial activities have combined the performing and fine arts, literature, and social activism. His recent video installations “Pinball Justice” (series) are included in timely exhibitions on race, including SKIN at Los Angeles Municipal Art Gallery and Hands Up Don’t Shoot HER at Intermedia Arts in Minneapolis; his sound installation “Chickpea(ce)” at Angels Gate in The Port of Los Angeles, concerned with global trade and migration, is created in partnership with Toberman Neighborhood Services and Harbor Interfaith Services, with sponsorship by Whole Foods. As Director of Programs for Villa Aurora Foundation for European-American Relations, he has worked to settle persecuted writers from, among other nations, China, Sierra Leone, Sri Lanka, Uzbekistan and Zimbabwe.

“Cleared for Approach, Cleared for Landing,” a monodrama based on a cycle by poet and aviator Ann Darr.

and “Dusk Ripples Across the Salton Sea” for Formalist Quartet cellist Ashley Walters.

Rothman’s awards and fellowships include the NEA, French Ministry of Culture, Heinrich-Strobel-Stiftung, and Rockefeller Foundation; he taught at CalArts in the School of Music and School of Critical Studies between 1994 and 2006, and was featured visiting composer at Darmstadt Internationales Fierienkurse 1996.