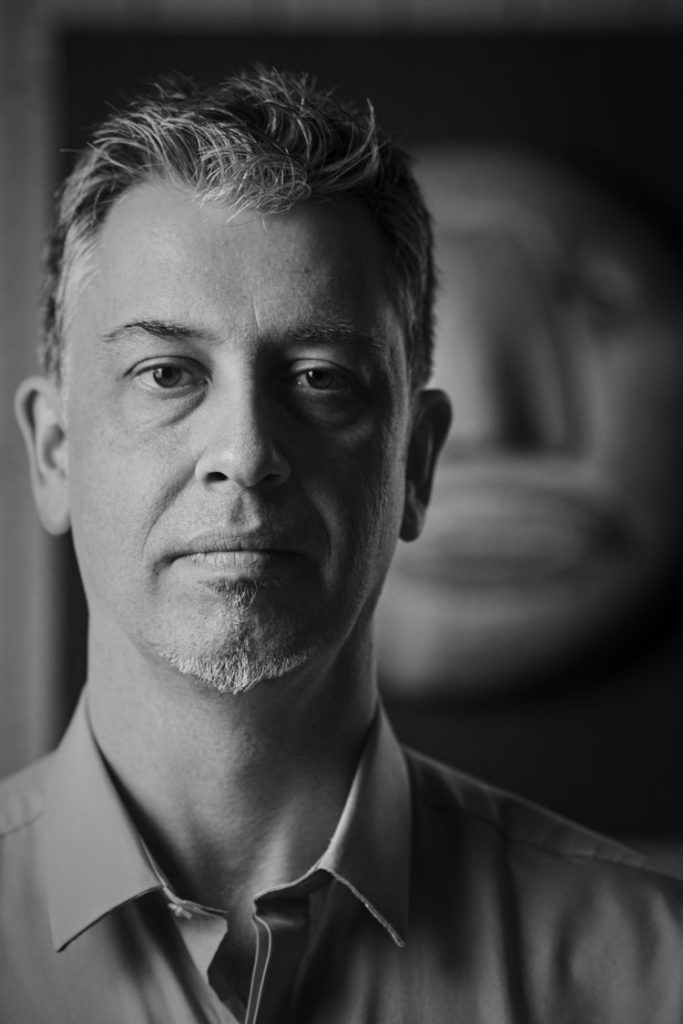 Described in the Los Angeles Times as an ‘extraordinary musician’ and a ‘riveting violinist’, Mark Menzies’ career as a viola and violin virtuoso, chamber musician and pianist, conductor and advocate of contemporary music, has seen performances in Europe, Brazil, Mexico, Australia, Japan, New Zealand and across the United States.

Committed to performing a wide range of contemporary repertoire, Mark Menzies has collaborated closely with composers as well known, and varied, as Sofia Gubaidulina (including 5 concerts of her music at REDCAT, Los Angeles in 2011); Sylvano Bussotti (di Rocco sesanta fest alla viola is written for him); Brian Ferneyhough (most notably for a set of concerts in New York in 2001 at Carnegie Hall); Roger Reynolds (most recently the world premiere recording of imAge viola written for him); Michael Finnissy (the world premiere recording of his violin concerto above earth’s shadow with Mark as soloist will be released this year); Helmut Lachenmann (including a New York performance in 2001, of Nono’s La Lanontonanza with Lachenmann realizing the tape parts); Vinko Globokar; Philippe Manoury; James Gardner (numerous performances, including some other plots for Babel, a violin concerto written for him); Peter Maxwell Davies (Dartington Festival devoted to Davies’ music in 2008, including Menzies’ conducting the opera The Lighthouse); Elliott Carter (with his supervision of the recording of Tempo e tempi on Mode records a highlight); Liza Lim; Rand Steiger (Template 2 is a violin concerto written for him); Christian Wolff (resulting in, amongst other performances and recordings, a forthcoming release of the complete string quartets with the Formalist quartet); and Richard Barrett (particularly performances of his solo violin music at the New Zealand festival 09/03, in Auckland in 2003).

An early success was performing at the Lutoslawksi Festival in London (1989) and subsequent highlights have included appearances at the Ojai Festival 2000, at the June in Buffalo 1996/9 and 2000 festivals, the Mirror of the New Festival in Hawai’i 1997, as featured guest soloist in the 09/03 International Festival (of new music) in Auckland, New Zealand, 2003, and the Dartington Festival in Great Britain, 2007 and 2008.

Not interested in being a ‘specialist’ in anything, Mark Menzies’ repertoire is very varied and as a recitalist will play anything from Medieaval repertoire to the most recent, including music from ‘crossover’ concepts. Menzies’ professional performing career began with a concerto appearance at the 1988 International Festival of the Arts in Wellington New Zealand, with Bruch’s First Violin concerto live-televised – Maxim Shostakovich conducting the New Zealand Symphony Orchestra. Subsequently, Mark performed frequently as a concerto and recital violin soloist in New Zealand, the USand Great Britain, with highlights including the Alban Berg Violin concerto with the Christchurch Symphony Orchestra in 1991, the Brahms Double concerto with the same orchestra in 1992, and the Vivaldi Four seasons in a tour with the Auckland Philharmonia in 1997. Since then, Menzies’ interest in more collaborative musical ventures has meant that recital and concerto appearances have been a rarer occasion: however, in 2000 the Atheneum of La Jolla invited Mark Menzies and Sandra Brown to present the complete Beethoven violin sonatas; in 1998 (Porto Alegre, Brazil), 1999 (University of California, San Diego) and 2008 (California Institute of the Arts) a single-concert complete performance of the Bach 6 sonatas and partitas; soloist with the Santa Cecilia orchestra, Los Angeles (2008, 2010); and with more recent concerto performances including the premiere of Rand Steiger’s Template 2 (written for Menzies) at the SICPP festival in Boston, US, in June 2015; Schnittke’s epic and rarely performed Concerto grosso No 2 with the Christchurch Symphony Orchestra and cellist Ashley Brown in June 2014; and a series of performances of Brian Ferneyhough’s violin concerto Terrain in 2014/5 season with wasteLAnd ensemble (conductor, Nicholas Deyoe) and wildUP ensemble, both based in Los Angeles.

Mark Menzies has a considerable reputation as a chamber music performer; currently he is violist and violinist in the Formalist Quartet (founded in 2006), whose discography includes a forthcoming release of the complete quartets by Christian Wolff. A significant number of Menzies’ (solo) recordings are premiere performances: Michael Finnissy’s …above earth’s shadow (with 175 East); Roger Reynolds’ Process and Passion (with cellist Hugh Livingston) and imAge viola; Barry Shrader’s Fallen Sparrow; James Newton’s In a moment…(as pianist on a compilation album); Stuart Saunders Smith Time Comes Full Circle (with cellist Frank Cox); Anne LeBaron Pope Joan and A to Zythum (as conductor); Mark Applebaum 56 1/2 FT (conducting inauthentica).

Collaborative musical ventures have been an important part of Mark Menzies’ musical contribution. While living in London 1988-1993, with conductor Thomas Dausgaard, was the co-founder and artistic director of The Salomon Ensemble: in addition to considerable concertizing, the group’s first CD of Edvard Grieg’s complete string orchestra repertoire, was nominated for the European equivalent of the grammy, and sold out a number of pressings. Upon moving to the US in 1991, Menzies had a leadership role in the Bloomington, Indiana-based New Vienna Ensemble. In 1998 he joined Ensemble Sospeso, where he became first violinist and artistic advisor to the board when the Ensemble moved to New York. From 1999-2003 Ensemble Sospeso contributed to a renewal of New York’s visibility on the international stage for new music, with a series of portrait concerts of until-then relatively little performed in the US European and younger-generation US composers. Composers Elliott Carter and Pierre Boulez generously mentored the ensemble; performances in Carnegie Hall, Miller Theatre, Alice Tully Hall, and other more exotic locations, often presenting US premieres of Grisey, Murails, Rihm, Andriessen, Ligeti, Ferneyhough, Birtwistle, Cody, Neuwirth, Noreen, Kurtág, Lachenmann, Nono, Costinescu…the ensemble was awarded the Förderpreis from the Ernst von Siemens Foundation’s Musikstiftung for 2000 and 2001, and was the 2002 recipient of the DNA grant from Arts International in recognition of the group’s contributions to contemporary music and culture.

Menzies’ compositions are increasingly played across the globe, with recent premieres in The Netherlands, Italy, Los Angeles, San Diego and Christchurch.

Mark is an Associate of the Royal Academy of Music, London, an honour bestowed in 2014.

Viola, violin professor and coordinator of conducted ensembles at the California Institute of the Arts, from 1999-2016, where he curated a remarkable series of concerts at REDCAT at Disney Hall in downtown Los Angeles, Mark Menzies has recently taken up a Professor of Music position at the University of Canterbury, Christchurch, New Zealand, in June 2016. Now based in the New Zealand, he is, for parts of the year, resident in the US and other places abroad.